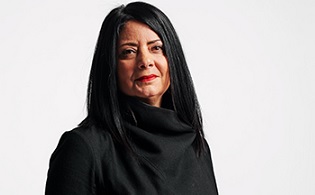 A new retail development at Hough Avenue and Crawford Road in the Hough neighborhood would bring new businesses to the area while also honoring Madam C.J. Walker, a prominent African-American business leader who made millions selling hair care products to women in the early 20th century.

According to designs presented to the Cleveland Planning Commission on Friday, June 18, the 16,000 square foot, $4 million building would be home to a to-be-named financial institution, with the remaining space dedicated to smaller retail. Developer Kareem Abdus-Salaam of Structures Unlimited, which is based in Maryland, told Eric Heisig of Cleveland.com that they would like to dedicate a portion of the remaining space to Black entrepreneurs.

“We want to bring a residential feel to the project and to help development activity to prosper in the area,” Abdus-Salaam told the commission. “Walker was one of the first African-American entrepreneurs in the country. She was an integral part of making sure that those communities which has been disenfranchised post-reconstruction had a way to develop themselves. It’s really important that we benefit the neighborhood. We want to give budding entrepreneurs a sense of place.”

In addition to four retail spaces, the building will also feature a mural that honors Madam C. J. Walker. Abdus-Salaam said that the developer had been in touch with the Famicos Foundation, the nonprofit community development corporation that serves the area, about hiring a local artist who would work with the community to come up with a design.

The building, which will be constructed of brick and cement fiber siding, was deliberately designed to echo the residential scale of the surrounding community. The sidewalks will extend right to the edge of the street, adding to the pedestrian-scale feel.

“This is just extraordinary,” commented commission member Lillian Kuri. “I want to commend you, because there’s so much to love about this project, from the way it turns the corner, to the mural. It’s really a better vision for what neighborhood retail can be.”

“Thanks for coming to Cleveland,” she added before ringing in the yes vote. “There’s more to develop here.”