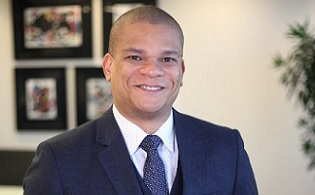 In a bid to address slow hiring among Cleveland police, EMS and fire departments, the public safety department plans to transform an abandoned public high school building into a training facility.

Public Safety Director Karrie Howard told city council members Wednesday the plan, as envisioned, could lead to training as many as 150 new police officers at a time.

“And that’s just bodies-in-the-seats, classroom sessions,” Howard said. “That doesn’t include the firearms simulation training, the stage role playing training, the hand-to-hand training. We would be able to double, and in some cases possibly triple, some of the class sizes we have.”

Howard said the city is targeting South High School in the Slavic Village neighborhood. The building has been empty since Cleveland Metropolitan School District (CMSD) closed it down in 2010.

“As we were assessing our training needs for police, fire and EMS, South High School, in our discussions with CMSD, pose a real opportunity,” Howard said.

The city is also in the process of building a new police headquarters in the Opportunity Corridor, near the proposed training facility.

Plans for the Public Safety Central Training Academy include a gymnasium, pool and weight room in about 250,000 square feet of buildings on 11 acres. The classrooms would be used for training and vocational classes for 18- to 26-year-olds interested in public safety careers.

The city’s police, fire and EMS departments all face serious staffing shortages. The police department is currently 187 patrol officers short of what is provided for in the budget.

The department points to 94 recruits currently in training to help make up that shortfall, yet already this year, 108 staff have left department wide.

Howard did not have a cost estimate on the proposed renovations. And council members weren’t convinced a training center at South High School was the answer.

“There is no intention of taking possession if there’s no money set aside to be able to fully invest in this facility,” Councilman Anthony Brancatelli said the building, which is in his ward, was not in good shape. “Boarded up windows, sparse landscaping, like a vacant, abandoned property.”

The plan to purchase South High School and turn it into a training facility was first introduced to council at last week’s meeting. If approved, the city would have $435,000 to spend for the buildings and land.

The ordinance also would authorize the city to hire consultants, architects and contractors to handle repairs and renovations but did not include a dollar amount for that part of the project. Instead, the legislation would let the city to use proceeds from a $65 million bond sale council approved in March.