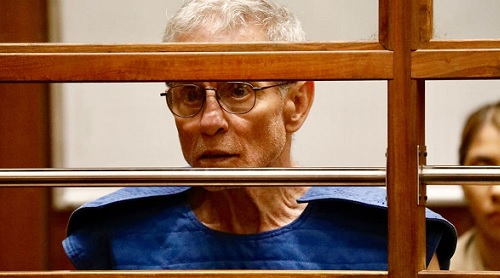 Renowned political donor Ed Buck was convicted last Tuesday of an array of federal charges, including providing methamphetamine to two Black men. Shortly after being injected with the drug, the men died in Buck’s apartment in West Hollywood.

The 66-year-old was convicted of two counts of distributing methamphetamine that caused the deaths of Timothy Dean, 55, in January 2019, and Gemmel Moore, 26, in July 2017, as reported by CBS Los Angeles.

The jury reached the verdict after graphic videos and photos emerged during the federal trial. The rest of the charges involved two counts of soliciting travel in interstate commerce for prostitution, one count of owning drug-involved premises, and four counts of distribution of methamphetamine.

The 66-year-old faces decades in prison and could be in for life imprisonment.

As was his norm for years, Buck preyed on Black men and people who had no voice. He’d lure them to his house, offer them a few dollars if they would smoke meth just to fulfill his sexual desire, as videos show.

“Buck exerted power over his victims, often targeting vulnerable individuals who were destitute, homeless, and/or struggled with drug addiction, in order to exploit the relative wealth and power imbalance between them,” the indictment reports.

According to the Los Angeles Times, Carlos was among the men who fell prey to Buck’s brutality. He was offered $200 to use meth and “prance around in underwear.” One night, Carlos, who was homeless, was in Buck’s home when he woke up to see Buck use a syringe to inject him with meth.

Prosecutors say Buck preyed on his victims on social media, as he was on a gay dating website. Over two years, Buck had killed Dean and Moore. However, it was not until a case of a third man whom Buck overdosed in his home came out that he was arrested. The arrest came nine months after Dean’s death.

“Finally, Ed Buck will never harm anyone else, and I thank God for that,” Dean’s sister, Joyce Jackson, said.

Moore’s mother said, “Thank you to everybody that believed us.” Tuesday marked the fourth year after her son’s death.