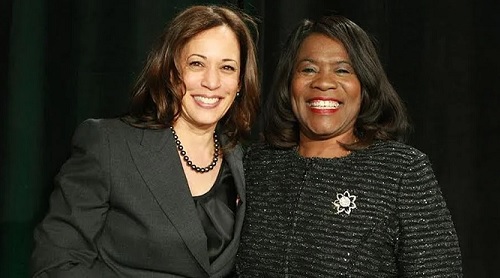 A group of the Democratic Party’s most influential women met for dinner at a home in the nation’s capital last month to game out how to defend Vice President Kamala Harris and her chief of staff, Tina Flournoy, against a torrent of bad press.

Why it matters: It’s telling that so early in the Biden-Harris administration, such powerful operatives felt compelled to try to right the vice president’s ship.

Stay on top of the latest market trends and economic insights with Axios Markets. Subscribe for free

Details: The host was Kiki McLean, a Democratic public affairs expert and former adviser to both Clintons.

Behind the scenes: These were old friends getting together for the first time since the pandemic began, and celebrating a Democratic president after the Trump years. But the dinner had an urgent purpose.

What they’re saying: “The point of it was how can this group be supportive from the outside,” said one person familiar with the dinner.

The women discussed how they could leverage Harris’ record as a prosecutor, California attorney general and U.S. senator to blunt criticisms of her performance as vice president, including her answers to questions about the border crisis.

Flashback: The stories about Harris had gotten so bad by early July that White House chief of staff Ron Klain and others forcefully defended Harris, and declared full confidence in her abilities in statements to Axios.