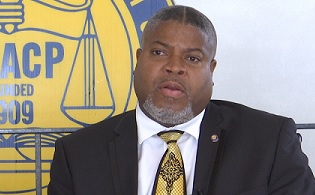 Nearly all speakers who addressed the proposed redistricting maps for Ohio House and Senate seats at a local hearing criticized them, calling them unconstitutional plans that would not fairly represent voters in Dayton and surrounding areas.

Plans to reshape the state’s 99 House and 33 Senate districts — of which Republicans hold majorities in both chambers — was denounced by all but one of the nearly 40 speakers Sunday at the Ohio Redistricting Commission’s hearing, officials said.

The hearing that attracted more than 100 people to the Washington Twp. RecPlex was among the last chances for public input before the Sept. 15 ratification deadline for redistricting based on 2020 census data.

The final hearing was set last Tuesday at the Ohio Statehouse in Columbus.

“Extreme gerrymandering harms Dayton residents by diluting their voices in the statehouse,” he said. “Neither proposed map leaves Dayton intact. And the maps cut off Dayton from our suburban neighbors that face challenges similar to our own.

“Montgomery County — which typically vote relatively evenly between Democrats and Republicans — would almost surely be without any Democratic state representation in the Senate,” Fairchild added. “And (it) would have only one of five members as Democrats” in the House.

The Republican-dominated commission gave the maps tentative approval on a 5-2, party-line vote. That “does not bode well” for bi-partisanship and “fails to uphold even the basic tenants of fairness,” said Derrick Foward, Dayton NAACP president.

The maps draw “black communities in with rural counties,” he said, adding that Trotwood should be paired with like communities, not with areas of Preble County.

But Hamilton County attorney Michael Odioso commended the commission “for good faith efforts to shepherd Ohio” through the process, which “so far is constitutional,” he said.

“Never before has Ohio redistricting been more transparent, has seen so much voter input…and been guided by specific procedures,” Odioso said.

One of his prime concerns, Odioso said, is that “critics of this commission have already proclaimed that its workings are rigged, an offense to democracy and cannot pass the smell test.”

Before Republican state lawmakers unveiled their proposal Thursday, Senate Democrats submitted map proposals a week earlier but the commission rejected them, again on a party-line vote.

Commissioners are expected to consider amendments to the Republican proposal before the voting deadline.

Fair Districts Ohio — led by the League of Women Voters of Ohio and Common Cause Ohio in partnership with ACLU Ohio, Ohio Council of Churches, Faith in Public Life and other groups — has pushed for more transparency in the process and an end to gerrymandering.

Fair Districts Ohio will lobby for changes in the proposed maps, but if a gerrymandered final version is approved, the group would consider lawsuits, Jen Miller, director of the Ohio League of Women Voters, has said.