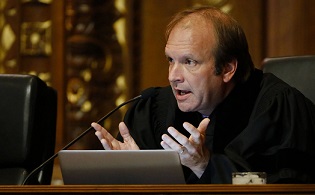 The court says the Public Utilities Commission of Ohio didn’t do enough to make sure the company would abide by corporate separation policies.

In 2020, the PUCO allowed FirstEnergy to have a subsidiary known as “FirstEnergy Advisors”, which would advise consumers shopping around for the best deal with an electric company.

The Supreme Court ruled the PUCO didn’t determine that FirstEnergy Advisors could comply with the corporate separation requirements with FirstEnergy to avoid any conflicts.

Justice Pat DeWine wrote, “Despite the objections, PUCO granted the certification request, issuing a barebones order that offered no explanation as to how FirstEnergy Advisors met the applicable legal requirements.”

Sam Randazzo was PUCO chair at the time of the decision. FirstEnergy has now said it paid Randazzo a $4 million bribe for favorable treatment.

The case now goes back to the PUCO for what DeWine calls “further proceedings consistent with this ruling.”