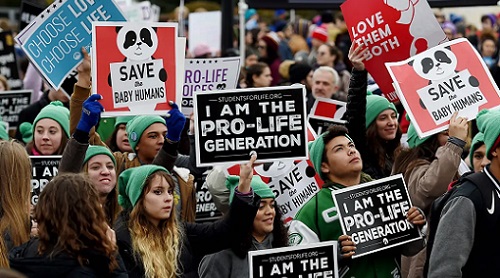 There was a partial victory for abortion providers in Texas today. The Supreme Court allowed providers to legally challenge that state’s restrictive abortion law. It bans abortion after about six weeks. And it also includes some other aspects that we’ll discuss. But the court allowed the law to remain in place as those legal challenges play out.

With me now are NPR legal affairs correspondent Nina Totenberg and Florida State law professor and friend of the program Mary Ziegler. Good morning to you both.

MARY ZIEGLER: Hey, thanks for having us

KING: Nina, let’s start with you. What does the court’s order do exactly?

TOTENBERG: Well, I would say, by a thread, it keeps this lawsuit alive. So what you normally do if you think that you have – your constitutional rights are being infringed and you want to – and you know – you believe that you’re going to be penalized in some way or stopped from exercising a constitutional right is you sue the state officers who are charged with enforcing the law. Well, as we all know, what Texas did in SB8 was it took enforcement out of the hands of state officials officially, and it gave it to anybody who wanted to sue, with lots of penalties and repeated penalties against offenders – that would be abortion providers. And it kind of stacked the deck in addition, making it hard for abortion providers to ever get clear of these kinds of lawsuits. And that was the basis of their – the providers’ suit.

So today, in a very messy opinion that’s spread out all over the place, that we’ll discuss in a minute, the court – eight members of the court agreed, they can keep this lawsuit alive challenging the law by – but only by suing the people who license abortion providers. Everybody else you would normally sue, like the attorney general, who enforces state laws, and other officials, like judges and court clerks, who would schedule these lawsuits – those were taken out of the case. It’s that you can’t you can’t sue them. The only people you could sue are the state licensers. And four members of the court signed onto an opinion that said that. The four – the three liberals plus Chief Justice Roberts agreed, you can sue the state licensers. But they said, you can sue all the other people, too. That’s the way we normally protect rights. And one justice – that would be Justice Thomas – said yes – you can’t – said, you can’t sue any of these people, including the licensers. So that’s sort of the status quo ante of this.

But it was – you know, I would say that the most memorable quote really was from Chief Justice Roberts, in his opinion, which the three liberals joined and then wrote separately in addition. He said, the clear purpose and actual effect of SB8 has been to nullify this court’s rulings in Roe v. Wade and other decisions the right to an – guaranteeing a right to an abortion. It is, however, a basic principle that the Constitution is the fundamental and paramount law of the nation. And it’s “emphatically the province and duty of the judicial department to say what that law is” in the federal – for the federal government. And in saying that, he was quoting Marbury v. Madison, the early decision that gave the Supreme Court the power to interpret the federal constitution. And he said – quoting another decision around the same time, he said – in the early 1800s – indeed, “if the legislatures of the several states may, at will, annul the judgments of the courts of the United States and destroy the rights acquired under those judgments, the Constitution itself becomes a solemn mockery.” The nature of the federal right infringed does not matter, he wrote. It is the role of the Supreme Court in our constitutional system that’s at stake.

KING: Mary, let me ask you – Nina described this as messy. And there is obviously a lot here. And we have talked to you throughout the past couple of months about restrictive abortion laws in other states, including Mississippi. When you saw this opinion come down today, what hit you immediately?

ZIEGLER: Well, I was actually struck by how kind of small a win this was for abortion providers…

ZIEGLER: …Given what we had heard…

ZIEGLER: …At oral argument. We had heard what sounded like real skepticism from the justices about what Texas was trying to accomplish or – which was essentially to find a loophole in this scheme under a case called Ex Parte Young, that allows you to sue state officials charged with enforcing potentially unconstitutional laws. And that loophole, of course, could be used to nullify all kinds of constitutional rights. So I was surprised that the court allowed the suit to go forward only against such a selective group of defendants and wrote an opinion that really, I think, other states could use as a blueprint for introducing SB8-style laws in other contexts. Essentially, if you had closed this little gap in SB8, it may be the case right now that a provider suit wouldn’t have been allowed to go forward at all. So while this was a win for providers, I think it’s worth emphasizing how modest a win it was and how this opinion, I don’t think, in any way shuts down SB8-style experiments in other states going forward.

TOTENBERG: But, of course…

TOTENBERG: …We’re all waiting for the – a decision in the Mississippi case that was argued December 1. And we probably won’t get it till the late spring, at the earliest. Maybe we’ll get it before then. And all indications from that argument were that there was a majority on the court – a conservative majority – to at least uphold Mississippi’s ban on abortions after 15 weeks. And who knows? There might be some language in that decision that would say, and don’t do the Texas kind of thing. But what we’re going to see now is – I think it’s fair to say, if the court actually is in the process of dismembering Roe, whether it does it explicitly or not, we’re going to see a very chaotic period in the states where there will be a rush to do all kinds of things to make abortions very difficult, if not impossible, to get. And there’ll be not months but years of shakedown over that.

TOTENBERG: Mary, what do you think (laughter)?

ZIEGLER: I mean, I think that if you read the win for abortion providers here as some kind of positive sign in the Dobbs case, I think you’re deluding yourself.

ZIEGLER: I think – I mean, one of the most striking things about the SB8 litigation to me has been that the court has let SB8 go into effect in September and stay in effect, which is not something you do, usually, when you think there’s a bona fide constitutional right potentially being infringed. And you even see Chief Justice Roberts pleading with his colleagues, essentially saying, the nature of the right doesn’t matter. In other words, even if you, the Supreme Court’s conservative majority, don’t think this is a right, you still shouldn’t allow conservative states, or any states, to nullify what we the court has said is a right. But I think, essentially, you see at most the conservative justices saying it’s not Texas’ job to overrule Roe v. Wade. That’s our job. And we’re going to do that job, you know, in 2022, most likely.

KING: Question for either of you – I’m just thinking about the actual lives of people in Texas and how they will change or not based on this opinion today. What actually does change? What is the case for people in Texas who may be seeking abortions and people who may want to, for lack of a better word, tell on them?

TOTENBERG: Oh, I mean, I think this is so intertwined with the Dobbs case – the Mississippi case – and the clear desire of a majority of the court to start, as I said, piece by piece or in whole get rid of the right to abortion that I think it’s – you know, for now it means that people in Texas – you better know that you’re pregnant by about four or five weeks so you can get an abortion by the sixth week. And that still involves some very speedy action. It’s not so easy. So this was – pretty much ground early – even early abortions to a halt, we’re told. And I would guess that in some of the states that are friendlier to abortion that might be nearer to Texas than New York or California, for example, there – some of these clinics may set up in other nearby – you know, states, like, let’s say, New Mexico, and there’ll be something of a – you know, a railroad to those kinds of places.

TOTENBERG: But a lot of people won’t be able to get abortions because of all the things that interfere with people’s lives. And we – I – you know, none of us, except people as old as me, probably, even remember illegal abortions. But they probably will start to come back – how much, I don’t know.

What do you think, Mary?

ZIEGLER: Yeah. I mean, so in the short term, obviously, we may see the district court, you know, enter some kind of injunction once this court goes back down to the lower courts. But I think, as Nina points out, that’s likely to be a temporary reprieve, if anything happens at all because, of course, SB8 has provisions that essentially say, if a court says this is not OK and blocks it and then it turns out later that the law is constitutional, then you can be prosecuted – or not prosecuted – you can be sued for conduct that took place during that injunction. So there may be some unwillingness by abortion providers to resume providing services, even if there is some sort of temporary pause. So I think, long term, what Nina’s talking about is almost inevitable. Texas is going to ban abortion. It’s just a matter of whether there’s a temporary halt to that or whether we just stick with the status quo.

KING: All right – a messy and telling opinion from the Supreme Court. We heard from NPR’s Nina Totenberg and Florida State law professor Mary Ziegler.

Thank you to you both for your insights. We very much appreciate.

NPR transcripts are created on a rush deadline by Verb8tm, Inc., an NPR contractor, and produced using a proprietary transcription process developed with NPR. This text may not be in its final form and may be updated or revised in the future. Accuracy and availability may vary. The authoritative record of NPR’s programming is the audio record.