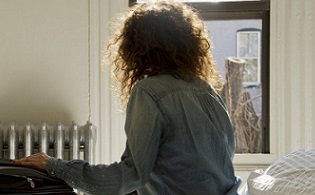 Northeast Ohioans hoping to book an Airbnb for New Year’s Eve could be out of luck.

Airbnb is further cracking down on New Year’s Eve parties in Northeast Ohio.

The company previously announced plans to tighten who can book locations for New Year’s Eve through their system. Guests without a history of positive reviews were prohibited from making one-night reservations. Then, the company similarly limited two-night reservations.

The crackdown on New Year’s Eve bookings does not only apply to Northeast Ohio. The policy is a nationwide initiative, partly influenced by the feedback of local Airbnb hosts.

Find out what’s happening in Cleveland with free, real-time updates from Patch.

“We greatly value our partnership with our hosts and their feedback to help us elevate our defenses against unauthorized and disruptive parties. We believe this will bolster our efforts to support the Cleveland community over New Year’s Eve weekend,” the company said