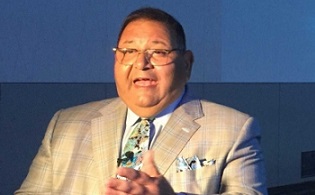 Mayor Justin Bibb announced the launch of a task force to address the ongoing COVID-19 health crisis. This group, composed of public health experts, hospital CEOs, elected officials, faith community and other key stakeholders, will meet weekly to address the surge in cases, review current data, and provide the community with the information they need to stay safe.

“COVID-19 cases are rising across the city and the health and safety of our community is a top priority,” the mayor said in a statement released by his office. “This task force will advise us on strategies and public policies to mitigate the spread of COVID-19, encourage vaccinations, and promote awareness of available resources.”

The fact that virtually every top Bibb appointee is a member of the task force suggests that the mayor wants the city to put a full-court press on dealing with the pandemic.

Confirmed stakeholders on this task force include:

Community education on precautions to combat COVID-19, specifically vaccinations, will be a focus for the task force, according to the mayor’s office.

The new administration has already taken steps to protect the health of the city employees. City employees are required to wear masks, have their temperatures taken upon entry and practice appropriate social distancing while around others. Vaccinations and boosters are strongly encouraged at this time. Mayor Bibb plans to announce a new city COVID-19 policy as early as next week.