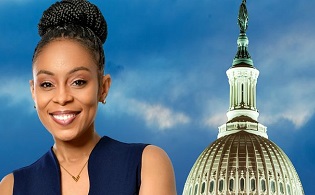 Shontel Brown will give up her chairmanship of the Cuyahoga County Democratic Party at the end of her term this year, the Congresswoman announced at a Wednesday night party meeting.

Brown has led the party since 2017. Party central committee members vote in June to elect a new chair.

“I’ve been blessed to now be your 11th Congressional District representative, something I work hard at every day to deliver for our community,” Brown said. “Because of that role, and because I believe we will have the party in excellent shape to continue moving forward, I am announcing today that I will not seek another term as chair.”