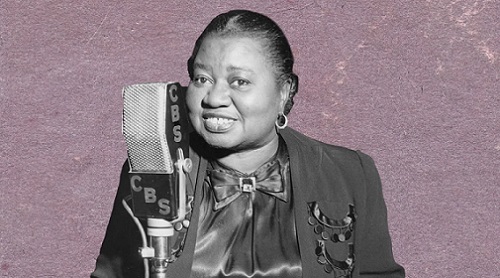 Actress Hattie McDaniel was a pioneer in Hollywood after becoming the first Black actor to be nominated and win an Oscar at the 12th annual Academy Awards for her role as Mammy in the 1939 Civil War drama “Gone With the Wind.” Though celebrated on screen, Hollywood’s treatment of the trail blazer was a constant reminder of racial indignities that Black people faced under Jim Crow conventions.

Earlier this week, the Academy Awards took to their social media page to honor the late actress in a post sharing one of her most significant achievements. In another post, the group shared a quote from the Kansas native’s acceptance speech: “This is one of the happiest moments of my life, and I want to thank each one of you who had a part in selecting me for one of the awards for your kindness.” They also added a link for those interested in watching the full Oscar speech.

However, the tribute was met almost immediately with criticism after many recalled Hollywood’s past conduct toward the star, more specifically how she was barred from appearing at the film’s debut and, most notably, despite representing one of the film’s many nominations, was not allowed to sit with her colleagues at the 1940 ceremony.

“Now tweet where she was seated and what entrance she had to use that night to accept the Oscar,” wrote one critic. “Go ahead. Since you celebrating.”

When McDaniel arrived at the 12th annual ceremony, she was not seated at the “Gone With the Wind” table, but instead — after having had a “special” request put in her — a small table set against a far wall, with her escort, F.P. Yober, and her white agent, William Meiklejohn.

Due to segregation practices, McDaniel was not allowed inside the Cocoanut Grove nightclub in The Ambassador Hotel. Movie producer David O. Selznick called in a favor on behalf of the actress.

“Y’all gon talk about the disrespect she endured that night too ?? Also how y’all only give Oscars to black ppl when we play secondary roles that are degrading??” called out another critic.

Similar comments echoed throughout the post’s comment section. “Now show how she was mistreated at the ceremony, before and after she won her Oscar, by the Academy, “ commented a third person. “Do not sugarcoat it. She was an outstanding actress.”

Now show how she was mistreated at the ceremony, before and after she won her Oscar, by the Academy. Do not sugarcoat it. She was an outstanding actress.

McDaniel went on to star in other projects ,such as Disney’s ”Song of the South.” Her accolades include two stars on the Hollywood Walk of Fame, and she also became the first Black Oscar winner honored with a U.S. postage stamp. She ultimately died of breast cancer on Oct. 26, 1952, in the hospital on the grounds of the Motion Picture House in Woodland Hills, California. Her final wish to be buried in Hollywood Cemetery was denied due to the whites-only rule at the time. McDaniel was 59.