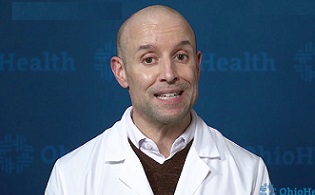 The Ohio Dept of Health says there’s evidence Omicron is quickly moving through Ohio. In fact, Cuyahoga County now has the lowest case levels. But doctors say they are seeing signs that give them hope the worst might be over.

Ohio Dept of Health Director Dr. Bruce Vanderhoff says COVID hospitalizations in Northern Ohio have decreased by 60-65% in the past couple of weeks. Cuyahoga County, which was the first part of the state to be hard hit by Omicron, now has the lowest levels of positive COVID cases. And he notes hospitalizations there have dropped 65% in recent weeks since January 10th, the peak of the Omicron surge. Statewide, there’s been a 48% drop in hospitalizations during that same period of time. But Vanderhoff says hospitals in Southern Ohio, where the Ohio National Guard is predominately helping out at this point, are still struggling to keep up with the COVID strain.

“We are feeling hopeful as we begin February that better days are ahead but remember we are still a very long way from having case levels like those we were seeing in the late spring and early fall,” Vanderhoff says.

Vanderhoff says case levels, as a state, are currently more than ten times what is considered high. He says as more Ohioans get vaccinated and more people recover, more community immunity will develop. Right now, more than 60% of eligible Ohioans ages 5 and up are fully vaccinated.

Dr. Joseph Gestaldo with Ohio Health says that’s important because the vaccines provide more reliable immunity than that which might happen because of a prior COVID infection.

“The immunity you get from vaccines is not only better than natural immunity, it is more observable and it is something that can be studied in the real world. And we also know too that for somebody who has had COVID, it is safe to vaccinate them. And actually, they are left with what we call hybrid immunity which is a better type of immunity than immunity from natural infection or immunity from vaccination alone,” Gestaldo says.

Dr. Patty Courtney Manning, Cincinnati Children’s Hospital, says it’s important that younger Ohioans who are eligible for the vaccines get them. She says they are safe and adds children who get them tend to have fewer side effects than adults. She says there is absolutely no evidence that vaccines affect fertility. She also emphasizes the importance for pregnant women to get the vaccines which she says have been proven to be safe and effective.

There are more at-home test kits available now than at the height of the surge. Dr. Vanderhoff says his department distributed 875,000 at-home rapid COVID tests in January. He says 385,000 of those went to libraries and health departments for the general public. The rest went to K-12 schools. And there are 18 mass testing sites throughout Ohio where people can get tested, often without leaving their cars, and often on the same day.

Some Ohioans who had COVID symptoms recently and were not able to access COVID tests wonder if they have immunity now. Dr. Gestaldo says while there are antibody tests available that might give some indication of that, he says two tests on the same person have been known to yield different outcomes. Therefore, he says antibody tests should not be used in lieu of getting COVID vaccines.