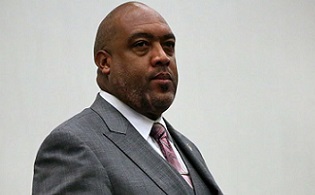 Councilmembers focused on ways they can have some oversight of the commission, which was given more oversight power and a bigger budget by voters who overwhelmingly supported Issue 24 in November.

The CPC was added to the city charter — Section 115 — in November and has a set yearly budget of at least $1 million with additional funding for grantmaking set as a percentage of the police budget.

The focus at Wednesday’s meeting turned to how the commission will spend its budget.

“We have a legal and fiduciary responsibility on behalf of the taxpayers,” Councilman Mike Polensek said. “And I think that is what a lot of us were concerned about with regard to Issue 24, that somehow our fiscal responsibility would be stripped from us.”

The charter amendment increased the commission’s overall budget from about $500,000 to more than $2 million in the 2022 budget. Unlike the other general fund spending under consideration this week, council can’t change that number.

So councilmembers focused on items within the budget.

Councilman Brian Kazy focused on the line items within the commission’s budget, including a little over $100,000 for salaries, $56,000 for office rental and more than $300,000 for professional services.

Any grant issued by the commission over $50,000 will also have to go in front of council.

According to Law Director Mark Griffin, much about the commission remains up in the air, including the limits of council oversight.

“I don’t like making predictions about the future, but I can predict there will be litigation at some point over some element of this,” Griffin said. “But this is a strong, independent entity with mandated resources.”

The 13-member Community Police Commission was set up by the consent decree in 2015. In that agreement between the city and U.S. Department of Justice, which a federal court oversees, the CPC was given an advisory role.

Under Section 115 of the city charter, the commission now has authority over police discipline, policies and training.

Griffin said the CPC won’t begin spending its expanded budget and carrying out those duties until the consent decree is amended to agree with the charter.

“This money is essentially being parked because it’s required by the charter that this be budgeted,” Griffin said. “By the way, just because it’s budgeted doesn’t mean it has to be spent.”

Griffin said the Bibb administration is waiting for the court’s decision on changes to the consent decree before appointing new commission members. The court has scheduled a March 17 hearing.

New appointments to the CPC will go in front of city council for approval.

“I hear it from community groups and from the mayor, and from that we want this process to go quickly,” Griffin said. “That will eliminate a lot of the ambiguity that we have.”

It’s unclear where most of council stands because a resolution introduced by Kazy opposing Issue 24 was pulled before a vote.

During last year’s budget hearings, before Issue 24 made it onto the ballot, CPC Executive Director Jason Goodrick asked council to take steps toward establishing permanent civilian oversight of police.

“There is no denying that the community wants to have a voice in this process,” said Goodrick at the time. “How we do that remains to be seen beyond the consent decree.”

“If this council had dealt with the citizens, when they came to them concerning this commission, we wouldn’t be down this road we’re at right now,” Jones said.

Polensek responded that the decision not to take any steps on the future of the CPC was made by the previous council president, Kevin Kelley, and not all of council agreed with that decision.