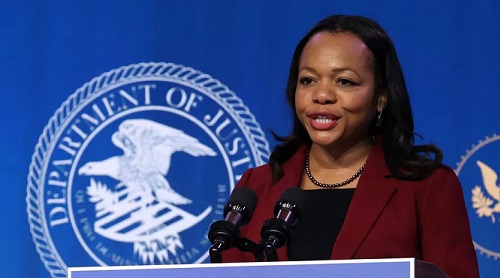 The number of police agencies participating in the FBI’s hate crimes has declined for the third straight year!

In 2020, the FBI reported that hate crimes had been at the highest level in 12 years. That figure jumped ever further in 2021 by 44%, as noted in a study conducted by the Center for the Study of Hate & Extremism at California State University in San Bernardino.

According to an Axios report, law enforcement agencies around the country are opting not to share statistics about hate crimes with the FBI. This decline has been happening for a while—the number of police agencies participating in the FBI’s hate crimes has dipped for the third straight year. This is a huge problem considering we don’t have an accurate number to document violence against Asian Americans, Black Americans, and LGBTQ+ people. 88% of cities don’t report hate crimes at all.

Just a handful of cities and towns in states like Alabama, Arkansas, and Florida bothered to report hate crimes in 2020, an analysis of data by Axios found.

Last week, Assistant Attorney General Kristen Clarke told the Senate Judiciary Committee that more than 60% of reported hate crimes were motivated by race and ethnicity. Of those, more than half targeted Black Americans.

“This lack of accurate hate crimes data not only makes it harder for law enforcement to address and prevent hate crimes, but also can cause individuals and communities victimized by acts of hate to believe that law enforcement agencies are not responding to their experiences,” Clarke testified.

Accurate and complete data reporting is needed to ensure that resources deployed match the most pressing needs in our communities.”

A diverse set of attorney generals, including District of Columbia Attorney General Karl Racine, are leading an expansive campaign against hate crimes. In September, Attorney General Merrick Garland said, “preventing and responding to hate crimes was among the Justice Department’s top priorities.”

“These hate crimes and other bias-related incidents instill fear across entire communities and undermine the principles upon which our democracy stands,” he said. “All people in this country should be able to live without fear of being attacked or harassed because of where they are from, what they look like, whom they love or how they worship.”