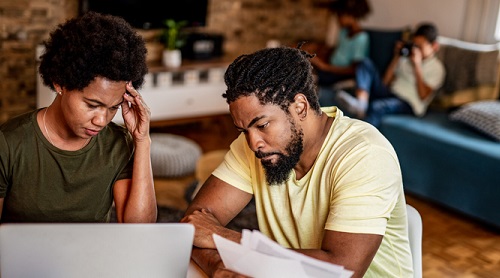 Tax season is a stressful time for taxpayers, who’re obviously anxious to receive their refunds as soon as possible and may be concerned that processing difficulties will cause their checks to be delayed. Low-income households earning less than $25,000 per year may have greater reason to be concerned than others.

According to a new analysis of IRS data by Syracuse University’s Transactional Records Access Clearinghouse (TRAC), this group is five times as likely to be audited by the IRS as the general public. TRAC discovered that in the fiscal year ending September 30, almost 13 tax returns out of 1,000 filed by persons earning less than $25,000 were audited, compared to 2.6 for every 1,000 returns filed by those earning more than $25,000, TRAC reports.

The reason for this is an increase in “correspondence audits,” which are IRS reviews of tax returns conducted by letters and phone calls rather than the more sophisticated face-to-face audits. TRAC discovered that low-income people who claimed the Earned Income Tax Credit (EITC) were the target of more than half of the IRS correspondence audits last year.

Given that the EITC was expanded as part of the American Rescue Plan, a $1.9 trillion pandemic relief plan signed into law by President Biden last year, this could be concerning. For the first time, both younger employees and older citizens can claim the EITC, which implies that more people could face an IRS audit after submitting their returns in the current tax season, which ends on April 18.

There’s a reason why returns that claim the EITC are more likely to be audited than other tax returns. As per conservative Heritage Foundation, as many as half of all tax returns claiming the credit had erroneously claimed too much or had not claimed the credit at all.

But, as Susan B. Long, co-director of TRAC and a professor of managerial statistics at Syracuse University, pointed out, the greater rate of audits among impoverished taxpayers raises questions about fairness and whether it represents the best use of resources.

“When you have a tax system where you are targeting the lowest-wage earners at a much higher rate than higher-income taxpayers, how fair of a tax system is that?” said Long. “And what does it do to the confidence of taxpayers? At the same time when you don’t provide the agency with the budget to fairly administer the tax laws — this is really shortsighted.”