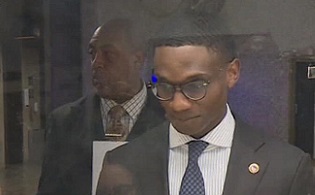 Cleveland is taking steps to expunge the low-level marijuana records of 4,077 people.

“We wanted to show the residents of the city of Cleveland that we are truly serious about holistic criminal justice reform in this city and also make sure that we give them that second chance that they deserve,” Bibb told media outside the Justice Center.

Council voted in January 2020 to eliminate fines or jail time for misdemeanor marijuana offenses. Minor misdemeanor arrests or convictions for marijuana were no longer to be considered part of a person’s criminal record.

“We noticed that after council passed legislation, there were still some minor misdemeanor marijuana tickets that were still coming through,” Jordan said.

The city then expanded its review, she said. The balance of the expungements sought were for minor misdemeanor records dating back to 2017, according to a city news release.

Griffin, the Ward 6 councilman who sponsored the decriminalization legislation in 2020, called the expungements the “natural progression” of council’s policy.

“I’m really excited today and really proud to stand here with Mayor Bibb today, because this really is a great day for Cleveland,” the council president said. “When you talk about why we get into government, this is why we got into government.”

City staff carted a dolly stacked with boxes of court records to the clerk’s office. It will take time for court workers to sort through those documents, and then the motions will go before municipal judges for approval.

“There are 4,077 motions, and our judges are very busy,” Jordan said. “We’re going to be very supportive of whatever time they need.”