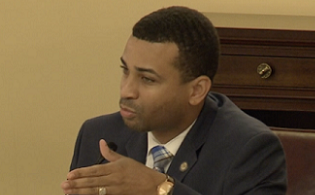 Some Ohio lawmakers are throwing their support behind an initiated statute that would legalize marijuana for Ohioans ages 21 and older — giving new life to the proposal on 4/20, a day when cannabis enthusiasts celebrate the plant.

Rep. Casey Weinstein (D-Hudson) said it’s time for Ohio lawmakers to pass the initiated statute that would legalize marijuana for personal use and allow it to be regulated much like alcohol.

“We are almost at a tipping point in our country where a majority of Americans are living in decriminalized, legalized states. We’re not asking Ohio to be a leader here. We are just asking Ohio to get with the program,” Weinstein said.

Ohio’s legislative leaders have not indicated if they are willing to move the initiated statute forward. If the Ohio Legislature doesn’t pass it by May 28, the group that collected 136,000 signatures to put it before lawmakers can try to collect another 132,000 by July to put it before voters this fall.

Citizen petition isn’t the only measure to legalize marijuana

Weinstein proposed a different bill last year to legalize marijuana in Ohio. He said it is similar to the statute he’s supporting.

Some Republicans have backed a legalization bill of their own. Rep. Jamie Callender (R-Concord) is one of the sponsors of a bill that would make marijuana legal for non-medicinal uses for Ohioans ages 21 and older.

He said the bill, which caps personal marijuana possession to five ounces, would create a 10% sales tax on marijuana and products. But the bill is stalled. He said it’s a challenge to get the GOP-dominated House on board with the plan.

“There’s some real strong arguments that we’re in a different time now than we were. We know a lot more and quite frankly society is in a different place than it was 20 years ago,” Callender said.

In addition to the bills under consideration, one of the Democrats running for governor has also proposed a plan to legalize marijuana.

Former Cincinnati Mayor John Cranley has proposed a plan that would legalize marijuana, saying excise taxes from it could bring in up to $350 million a year.

“People are buying and selling marijuana in Ohio. They’re just keeping the money away from the government and without making sure it’s a safe product. And so we can make sure it’s safe and not laced with other bad things through government oversight and regulations but also the revenues can be used to build the infrastructure of our state,” Cranley said.

Earlier this week, the Drug Enforcement and Policy Center at Ohio State University released an analysis that Cranley says bolsters his case.

Cranley’s opponent in the gubernatorial primary, former Dayton Mayor Nan Whaley, said she supports legalizing marijuana. She noted marijuana was decriminalized in Dayton when she was at the helm.

But she said she’s skeptical that legalizing marijuana would bring in the amount of money Cranley thinks it will.

Whaley said if Ohio legalizes marijuana, the state should make sure Black entrepreneurs can take advantage of the business opportunities that go along with that.

“The Black community has been the community that’s been attacked the most on this issue. It’s been disproportionately enforced in Black communities rather than white communities, and so when we do it, I think we need to make sure we have an equity lens in that work,” Whaley said.

Republican gubernatorial candidates have not embraced the idea of legalizing marijuana. Gov. Mike DeWine vociferously opposed it as state attorney general and now, even as surrounding states are legalizing marijuana, DeWine remains a staunch opponent of the idea.

In 2018, when running for the U.S. Senate against Sen. Sherrod Brown, Republican Jim Renacci was opposed to marijuana legalization, and as a member of Congress, he didn’t support bills that would have made it easier for marijuana companies to do banking.

The other Republican gubernatorial candidates did not respond to a request for comment on their stance on marijuana legalization for personal use.

Ohio currently has a medical marijuana program but critics say the product is too expensive and hard to access.