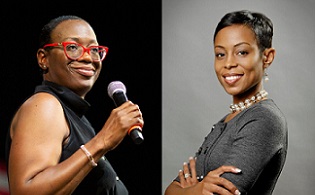 Ohioans that there’s even an election.

Early voting is already underway for the May 3 partisan primaries.

It’s understandable that voters may be confused. The ongoing legal battles over redistricting have already shunted the state legislative races to a yet-to-be-determined election later this year.

But the races for U.S. House districts are still on the May 3 ballot, even as legal challenges are pending with the Ohio Supreme Court.

Here are three districts to watch on May 3:

The district looks different from last year. Now it includes all of the city of Cleveland, many East Side suburbs and the West Side suburb of Lakewood.

Also in the race are two Republicans, former East Cleveland Mayor Eric Brewer and James Hemphill. But in this 78% Democratic district, it’s the Democratic primary winner who is the odds-on favorite to go to Congress.

Akron and Canton are now united in a district that includes all of Summit County, much of Stark County and a tiny sliver of Portage.

State Rep. Emilia Sykes, the former Ohio House minority leader, has the Democratic lane to herself.

This is a competitive district with a slight Democratic edge, 51% Democrat and 47% Republican.

few other East Side suburbs. To the south, the district encompasses Medina County, Wayne County and a portion of Holmes County.

Max Miller, the former Trump White House aide, is running on the Republican side in this district. So are Jonah Shulz, Charlie Gaddis and Anthony Leon Alexander.

Running on the Democratic side in the 7th District are Matthew Diemer, Patrick A. Malley and Tristan Rader.

At 54% Republican and 44% Democratic, this district leans GOP.

There are still open questions about these U.S. House districts. But what we do know is that there’s an election on May 3, and congressional candidates are on the ballot.