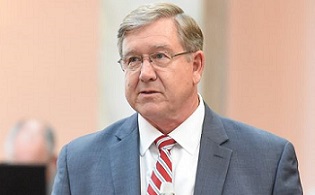 Ohioans hoping to voice their opinions on legalizing adult-use cannabis via this election cycle will have to wait until next year.

Ballot initiative organizers from the Coalition to Regulate Marijuana Like Alcohol (CRMLA) announced May 13 they will suspend their 2022 campaign and aim for 2023 instead, The Cincinnati Enquirerfirst reported.

In short, CRMLA submitted 206,943 signatures to Ohio Secretary of State Frank LaRose’s office ahead of a Jan. 3 deadline. But LaRose, who was also named a defendant in the lawsuit, announced his office rejected more than 87,000 of those signatures, bringing CRMLA’s efforts short of meeting the roughly 133,000 valid signatures required to put its statute before the General Assembly for consideration.

Because of the uncertainty associated with the differing interpretations of the timeline necessary for CRMLA’s proposed initiative to be considered by the General Assembly, and potentially to qualify for the November 2022 ballot, the coalition’s officials were seeking expedited consideration of their lawsuit claims for declaratory relief.

On Friday, the legalization advocates announced a settlement in the lawsuit.

“The most important thing for us was preserving an opportunity for Ohio voters to decide this issue,” Ohio-based attorney and group spokesman Tom Haren said in a press release. “To be certain: We aren’t going anywhere and are undeterred in our goal to legalize cannabis for all adults in Ohio.”

Included in the settlement, CRMLA’s gathered signatures will be preserved for next year, when the General Assembly will have another opportunity to consider the proposed statute.

The coalition’s proposed statute seeks to allow and regulate the cultivation, purchase, processing and sale of cannabis to adults 21 and older. It also would allow for home growing of up to six plants per person or 12 plants per household. In addition, the proposal aims to impose a 10% tax on cannabis sales, with revenue going toward state costs to run a legalized program; substance abuse and addiction treatment programs; supporting municipalities with dispensaries; and social equity and jobs programs.

Next year’s General Assembly will have four months following the verification of the signatures to consider the proposal or an amended version. If it fails to act, then CRMLA officials can double their signature count—to meet the roughly 266,000 signatures needed to place a statue on the ballot—to put a question before voters in the November 2023 election.

While Huffman told reporters in February that he won’t act on calendaring the coalition’s proposal for debate in the Senate, he also said, “And if that means people want to go put it on the ballot, have at it.”

With Friday’s settlement, the people won’t be able to have at it until at least next year.