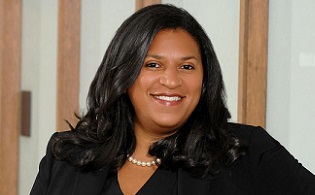 FEATURED PHOTO: SANDUSKY NATIVE MARISA T. DARDEN WOULD HAVE BEEN THE FIRST AFRICAN AMERICAN WOMAN AS US ATTORNEY FOR THE NORTHERN DISTRICT OF OHIO

Marisa T. Darden will no longer take over as one of Ohio’s top prosecutors.

Despite her confirmation by the Senate just last month, Darden on Tuesday officially withdrew her name from consideration as the next United States Attorney from the Northern District of Ohio. The Sandusky native had not yet taken office and did not give a specific reason for her decision, although she alluded to “real life” concerns in a statement.

“If there is anything this time has taught me, it is the importance of prioritizing family,” Darden wrote. “I look forward to returning to a successful private law practice and serving my community in other ways.”

President Biden nominated Darden for the post last November on the recommendation of both Ohio U.S. Sens. Sherrod Brown and Rob Portman. Her candidacy had bipartisan support and received final approval via a voice vote in the Senate on April 27, but she never assumed the new role.

A graduate of both the University of Michigan and the Duke University School of Law, Darden’s career has included stints as an assistant district attorney in New York City as well as an assistant U.S. attorney for the Northern District of Ohio under Carole Rendon, Steve Dettlebach, and Justin Herdman. She has worked as a partner at Cleveland-based law firm Squire Patton Boggs since 2019, and her father Thom was also an All-Pro safety for the Browns in the 1970s and ’80s.

The Northern District of Ohio has not had a full-time leader since the Republican Herdman’s resignation in January of 2021 at the beginning of Biden’s presidency. Michelle M. Baeppler will continue in an acting role until further notice.

You can read Darden’s full withdrawal statement below:

“After a great deal of soul searching, prayer, conversations with family and consultation with trusted colleagues, it is with a heavy heart that, effective immediately, I am withdrawing my name from consideration to be the United States Attorney for the Northern District of Ohio.

“It was the honor of my career to be nominated, considered and confirmed by the United States Senate, and it would have been the privilege of a lifetime to serve the approximately six million residents of the district. However, in the midst of a nearly 16-month nomination and confirmation process during a global pandemic, real life happens. If there is anything this time has taught me, it is the importance of prioritizing family. I look forward to returning to a successful private law practice and serving my community in other ways. I want to thank all who believed in me and encouraged me to enter this process.”