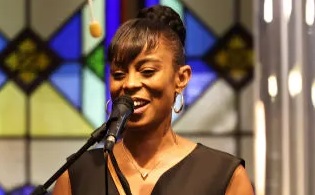 U.S. Rep. Shontel Brown will soon relinquish her position as chair of the Cuyahoga County Democratic Party, prompting a leadership contest in a county that is key to any Democratic statewide win in Ohio.

One point of agreement in the field of candidates who spoke with Ideastream Public Media: that the party should take a more active role in connecting with voters.

In the Cuyahoga County primary earlier this month, 58% of the ballots were cast by Democrats. Republicans cast almost 41% of the ballots, according to unofficial results.

That looks like a substantial edge for the Democratic Party. But Democrats’ margins here are typically bigger than that, and big wins in Cuyahoga County are needed if Democrats are to win Ohio.

Rob Zimmerman, one of the candidates for party chair, said the smaller Democratic edge, plus the county’s 18% unofficial turnout, are warning signs.

“The reality is, those numbers are beyond alarming, they’re terrifying,” Zimmerman said. “And if those numbers played out in the November election, Democrats would get wiped out statewide.”

Perhaps the rough-and-tumble GOP Senate race boosted Republican turnout this time. But Democrats face an uphill battle in midterms like this one. It’s been 16 years since a Democrat won a race for Ohio governor.

Zimmerman, a former Shaker Heights city councilman, said the party needs to work all the time to reach voters and recruit candidates, particularly Black judicial hopefuls. Another focus: reconnecting with voters in Cleveland, which has seen turnout sag lately.

The county remains a Democratic stronghold, but the political map has shifted since Donald Trump. Some of the change has favored Democrats. White-collar suburbs like Bay Village, which once leaned moderately Republican, swung toward Hillary Clinton and Joe Biden.

Democrats picked up two statehouse seats in suburbs along the county’s edge.

But the Democratic party has seen some erosion, too. Suburbs like Parma have drifted toward Trump. Last year, a Republican defeated an incumbent Democrat on Parma City Council.

State Rep. Kent Smith, another candidate for chair, said Democrats need to hold onto their wins, boost turnout in Cleveland and regain ground with blue-collar workers.

“And we’ve got to again demonstrate to working-class individuals that we’re the party that stands up for minimum wage, worker safety, overtime pay protections, prevailing wage,” Smith said.

Smith is from Euclid, and he’s running on a slate with another East Sider, Richmond Heights Mayor Kim Thomas, who would become first vice chair.

“Putting the same type of energy we do for the presidential races for all of our elections, that’s what our party has to work on, and that is the vision that I plan on implementing,” Brent said. “And also, too, building up a finance team, not just a finance person, so we can actually focus on raising money.”

Andrew Mizsak is a chair candidate and the senior Democratic leader in Bedford and Walton Hills. He said the party needs to listen more to voters and connect them with elected officials.

“Part of our problem for years has been we’ve operated with this model: ‘Here’s the sample ballot, go forth and make disciples,’” Mizsak said. “Well, that’s a one-way feedback loop.”

Another candidate for chair, Cleveland Ward 16 Democratic leader David Brock, questions the party’s endorsement process. The party endorses candidates in primaries, even when they’re up against fellow Democrats. This year, the party took that endorsement vote even before the candidate filing deadline.

Brock said that’s not the main reason he’s running. He wants more door-to-door canvassing and says the party should be texting its voters, like many campaigns do.

He was part of an effort, along with the Cuyahoga County Progressive Caucus and other Democratic activists, to recruit people to run for precinct central committee in the May primary.