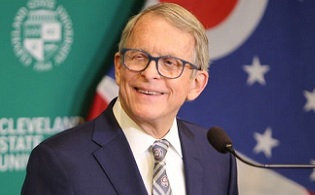 Ohio has been ordered by a federal court to implement maps that were found unconstitutional by the Ohio Supreme Court and hold a primary for those candidates on August 2.

A three-judge panel from the U.S. District Court’s Southern District of Ohio issued an order last Friday for the state to run the 2022 election of state legislative offices using a set of maps known as Map 3.

In the decision, the judges write: “Given the factual record before us, two reasons justified our approach. First, no map had won the approval of both the Commission and the Ohio Supreme Court. And second, Map 3 gave the State the most time to fix its own problem. That broke the tie. So far, the State has failed to act. Assuming no map is approved by midnight on Saturday, May 28, we order Secretary of State Frank LaRose to push back Ohio’s state primaries to August 2, 2022, and to implement Map 3 for this year’s elections only.”

The ACLU of Ohio had requested the federal court give the Ohio Redistricting Commission until June 6, so that the Ohio Supreme Court’s order striking down the maps earlier this week could be considered. That ruling ordered the commission to come up with new maps by June 3.

A group of Republican voters successfully argued that the federal court should intervene because the redistricting commission and supreme court were at an impasse and were “unable or unwilling” to adopt maps in time for an election.

The state legislative races were removed from the May 3 primary election due to the impasse. Now a separate primary for those races is expected on August 2.

The Ohio Secretary of State is expected to issue a directive soon that provides guidance to local boards of elections pursuant to the federal court order.

Map 3 creates 54 Republican and 45 Democratic House seats along with 18 Republican and 15 Democratic Senate seats. That is a proportional reflection of Ohio’s voting preference which splits about 54% Republican and 46% Democratic. However, the supreme court invalidated the maps for unduly favoring the GOP because a disproportionate amount of those Democratic seats (16 in the House and six in the Senate) are toss-up districts.

Voting rights groups, community organizations, and a national Democratic group have all been fighting the Republican-drawn district maps in the supreme court. The supreme court has rejected commission-adopted maps five times since January.

Some advocates have discussed the next steps they might take now that the federal court has intervened.

Despite the federal court order, the Ohio Supreme Court ruling for the Ohio Redistricting Commission to adopt a sixth attempt at House and Senate district maps by June 3. Those maps would be used for later elections after 2022.