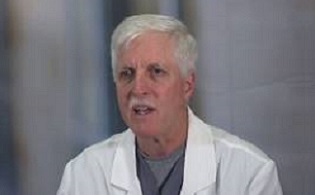 In vitro fertility experts say those treatments could be outlawed in Ohio under a Republican-backed abortion ban that would be triggered by the overturning of Roe v. Wade by the US Supreme Court.

Others who testified against that so-called “trigger” ban in a third hearing on a House committee on that bill Thursday said there could be economic impacts as well.

The trigger ban would completely outlaw abortion in Ohio if the U.S. Supreme Court overturns Roe v. Wade, which it’s expected to do in a ruling next month. .

This bill would classify embryos created as part of IVF as unborn children, said Dr. Thomas Burwinkle, an OB/GYN and reproductive endocrinologist from Cincinnati.

“Giving embryos the same rights as an unborn child creates various situations that place the practice of IVF at risk,” Burwinkle said. “As such, this bill puts medically licensed professionals at risk to lose their licenses or be jailed for 4-25 years for performing tasks that are routine during the IVF process.”

Burwinkle says this trigger ban bill could force the shutdown of IVF clinics in Ohio and erase the dreams of people who hope to become parents.

Under the Ohio bill, medical personnel performing abortions would face prison time and fines, which contains exceptions for a woman’s life or health, but not for rape or incest. Democrats have said the life and health exceptions in the bill would be too complicated to challenge

Shivani Deshpande, a medical student at Ohio University, said she and her colleagues are considering leaving the state if the ban passes.

“If abortion is banned, Ohio faces a future with undereducated, under experienced healthcare professionals. So I ask you, in a state already suffering from high rates of maternal mortality and racial health disparities, to demonstrate leadership.”

Burwinkle testified a total abortion ban could cost the state hundreds of jobs and millions in tax revenue, and possibly lead young professionals out of Ohio.