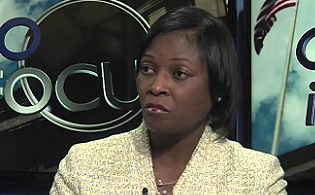 State Sen. Sandra Williams says she will resign last week, just months before the end of her term.

Williams is term-limited in the Ohio Senate. She represents Cleveland’s East Side, Near West Side and several eastern suburbs. She told Cleveland.com she would be taking a job in the private sector and would withdraw as a candidate for the Ohio House.

“It has been a true privilege serving the great citizens of Ohio’s 21st Senate District for the last eight years,” she wrote in a newsletter to constituents Wednesday. “I am incredibly proud of all the work we have done to better the lives of Ohioans. THANK YOU and all the best.”

Williams joined last year’s crowded Cleveland mayoral race, running on her experience as a state lawmaker and former corrections, probation and parole officer. She finished sixth out of seven candidates in the Sept. 14 primary, endorsing eventual winner Justin Bibb in the general election.

Her departure leaves a vacancy in Ohio’s current 21st Senate District just two months before voters go to the polls in the Aug. 2 special primary under the state’s new legislative map.

Under the Ohio Constitution, Senate Democrats must vote on a replacement to serve out Williams’ term.

The state’s new 21st District, which will go into effect next year, covers the Southeast Side of Cleveland and many eastern suburbs. State Reps. John Barnes and Kent Smith are expected to compete in the August primary for that seat.