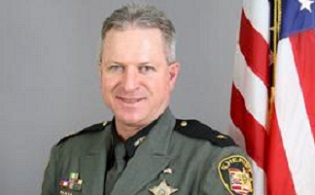 In order to carry a concealed firearm on your person in the State of Ohio, you must have completed a training course and be licensed to do so by getting what is known as a CCW card. Should you be legally carrying in your car and be stopped by the local law enforcement for rolling through a four-way stop, you must tell the officer, deputy or trooper that you have a CCW and a weapon on you.

It was called Senate Bill 215 and basically stripped away most of the laws concerning carrying a concealed firearms I.e., guns in the State of Ohio. It takes effect 90 days after the Governor signed it, which just happens to be June 13, or next Monday. As of 0001, June 13, one no longer needs a license of any kind to carry a concealed firearm in public in a pocket, purse, waistband or shoulder holster. Neither will one have to inform a law enforcement official if he or she is carrying unless the law enforcement officer asks – which they will – to which the driver must answer truthfully.

“You’ve always been able to ‘open carry’, that’s a Constitutional right,” Union County Sheriff Jamie Patton said recently. “You’ve been allowed to do that for years.”

But Senate Bill 215, which become law in the Buckeye State Monday, removes most of the other restrictions that were in place.

“Folks over the age of 21, who are not restricted by law, or under a disability, can legally carry a firearm concealed on themselves or in a motor vehicle,” Sheriff Patton said. “They have the same rights as the ‘concealed carry’ license holder, but they have to follow the same rules.”

Sheriff Patton made it clear that bars, saloons and the like, or what he called “liquor establishments”, may ban guns of any kind with a simple post of signs at the entrance and in the establishment. Should a “No Guns” post or sign not be present, then it will be perfectly legal to carry a concealed weapon into a bar or saloon. If other businesses or individuals post on their property that that ‘This is a gun-free building or facility’, then then those carrying a concealed weapon have to abide by that. There is no change in that law.”

But should you walk into a “Guns Welcome” bar or saloon, stick with to ordering ginger ale, because if you’re a packing a .38, you are not allowed to drink any alcohol.

Also, “under a disability” as noted above by Sheriff Patton generally means prior convictions, especially those involving violence or domestic disputes.

“The Buckeye State Sheriffs Association has always been supportive of the Second Amendment,” Sheriff Patton continued, “but there are concerns that that people are going to be carrying without any training. We’ve always pushed that you should be trained with the use with a deadly weapon.”

What would the Sheriff recommend to those who are considering acquiring a firearm for self-defense?

“Practice,” Sheriff Patton said without hesitation. “You’re taking on a lot of liability with carrying that firearm – a deadly weapon – and that’s a huge responsibility.”

Sheriff Patton said that he and his staff go through scores of hours of training for the firearms that they use, training which continues on a regular basis from the High Sheriff down to the newest deputy. He sets a very high mark for accountability when it comes to the handling and use of firearms and encourages the public to live up to its responsibility to do the same.

Sheriff Patton was optimistic that residents will do the responsible thing and educate themselves, should they decide to purchase and carry a firearm.

“We’re going to have folks who feel more comfortable getting training and continuing their training,” he said, “and that’s something I would recommend.”

“(Ongoing training) protects you on the liability side,” Sheriff Patton went on. “If you use that deadly weapon, you want to make sure that you’re within your rights to do so. That’s why the training is so important. It can give you peace of mind by knowing that you understand the consequences.”

Good people, Sheriff Patton continued, sometimes make poor decisions and without the proper training and understanding of the law, may find themselves on the wrong side of it.

“We don’t want people to get in situation where they have now involved themselves in the criminal justice system. The more you can educate yourself, the better off you are.”