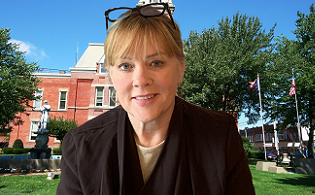 The six week abortion ban will not be enforced nor prosecuted in the Greater Cleveland area, the Cuyahoga County Prosecuting Attorney’s Office told News 5 Monday morning.

Although the six week abortion ban, dubbed by conservatives as the ‘heartbeat bill,’ was created and signed in 2019, law enforcement said there is no way this bill could be enforceable in the near future.

“I don’t know anything,” Colleen O’Toole, the prosecuting attorney for Ashtabula County, said. “I just know it’s gonna be quite the ride.”

There is still so much to do before prosecutors could even think of enforcing it, O’Toole said. The health department needs to create the rules, then send them to each agency, then comes police training and there will still be litigation to fight it.

“Who wants to prosecute a case and spend all kinds of resources before the law is settled on the case?” the prosecutor asked, rhetorically. “Am I going to spend a whole lot of resources until that issue is settled just to have all those cases reversed?”

Even then, she added that prosecutors may not make it a priority to enforce.

“You could feasibly have a prosecutor prosecuting it in Ashland County, and then in Cuyahoga County, nobody prosecutes it,” she said. “But that is kind of up to the prosecutor there.”

In the scathing letter O’Malley signed onto, he condemns the anti-abortion laws, refusing to prosecute them.

“We decline to use our offices’ resources to criminalize reproductive health decisions and commit to exercise our well-settled discretion and refrain from prosecuting those who seek, provide, or support abortions,” the letter stated. “As elected prosecutors, ministers of justice, and leaders in our communities, we cannot stand by and allow members of our community to live in fear of the ramifications of this deeply troubling decision.”

Enforcing abortion bans runs counter to the “obligations and interests” the prosecutors are sworn to uphold, the letter stated.

“To best promote public safety, prosecutors must be perceived by their communities as trustworthy, legitimate, and fair — values that would be undermined by the enforcement of laws that criminalize deeply personal decisions, harm those most in need of our help, and force unnecessarily difficult and traumatizing decisions on many in our community,” it continued. “Our legislatures may decide to criminalize personal healthcare decisions, but we remain obligated to prosecute only those cases that serve the interests of justice and the people.

“Criminalizing and prosecuting individuals who seek or provide abortion care makes a mockery of justice; prosecutors should not be part of that.”

Although only two Ohio officials signed onto the letter, nearly 90 elected prosecutors from across the country agree and put their names on the list.

News 5 reached out to numerous counties across the state.

“As Summit County Prosecutor, I am entrusted with discretion. With this discretion, comes the obligation to use it wisely to seek justice and ensure the safety of our community. With each case presented, we review the investigation and the facts. We also consider any mitigating factors in our prosecution. It would not be proper to make a blanket statement since all cases have their own facts and issues which will be carefully considered,” she said.

Hamilton County, in Cincinatti, took the opposite stance from O’Malley.

“I was elected to enforce the laws of the State of Ohio. I took an oath that I would do just that. I have repeatedly stated it is dangerous when prosecutors pick and choose what laws they want to enforce. When prosecutors do not follow their oath, it will promote lawlessness and challenge the basic structures of separation of powers,” prosecutor Joseph Deters said in a statement.

What could happen if O’Malley doesn’t enforce the law? Well, constitutional law expert Jonathan Entin said there really isn’t anything the state can do.

“If a county prosecutor is not going to enforce this law, but enough people think this law really matters and we want somebody who will, in fact, enforce this law, then the remedy is at the ballot box,” Entin said.

The Cuyahoga County prosecutor is subject to recall, but the petition must be signed by 10% of the voters who cast ballots for county executive in the most recent county election. By Entin’s rough estimate, it means a bit over 49,000 valid signatures.

“If he says, ‘look, in the grand scheme of things, this is just not that high priority compared to all these other problems that we have in the county—’ okay,” the expert added. “Generally prosecutors have pretty broad discretion unless they do something really egregious.”

Attorney General Dave Yost declined an interview and didn’t address what would happen to those who didn’t cooperate with the law. He did give a statement.

“The Heartbeat Bill is now in effect. We anticipate state-court litigation challenging the law. We will work with our client agencies who have a role in enforcement, but will withhold comment at this time,” his spokesperson Bethany McCorkle said.

Not enforcing the ban doesn’t make getting an abortion a legal act, but it could give people reassurance that they won’t be prosecuted. Although Cleveland won’t be enforcing this, it could still raise questions on if abortion clinics are going to take that risk — considering this doesn’t make anyone immune from getting sued.

“I will not go so far to say I won’t enforce the law,” O’Toole said. But there is a lot of room and prosecutor discretion based on resources.”

Following the publication of this story, Ohio Right to Life reached out to News 5 to give their reaction.

“If the county prosecutor refuses to follow Ohio law, we will sue him and win. We will file an ethics complaint and win,” Michael Gonidakis, organization president, said. “We will organize a recall effort against him.”