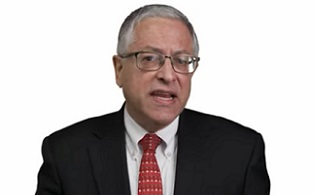 Hundreds of women marched through the streets of downtown Cleveland after Roe Vs. Wade was overturned.  They called on their state and local lawmakers to do something to protect women’s reproductive rights.

“This is one of the scariest times I think in decades for women,” said Kathy Wray Coleman of Women’s March Cleveland, who organized the rally. “I’ve never seen anything like it. I never thought it would happen in my lifetime. It breaks my heart what they have done to women.”

“It’s about more than just abortions,” said protestor Sophie Belfance. “It’s about human rights and people being able to survive and choose their path in life.”

At least at the local level, their efforts seem to be paying off.

Right before the protest started, Cuyahoga County Administrator Armond Budish came out to the downtown rally personally give the group of women the news first.

He plans on presenting a proposal to council to support reproductive health care.

“It’s very scary,” said Budish. “Where this can go from here, who knows? I mean there was just a state representative from southern Ohio that was saying she wants to outlaw contraception and you know who knows what’s next.”

He said that this is something he plans on bringing to council in the next week or so.

He intends to include several points in this proposal, including:

“The Supreme Court’s ruling on Roe v. Wade set women back 50 years, and is just the beginning for what could be a host of rights stripped from women in America,” said Budish. “As county government, I believe we are in this together, and we want to be as supportive as we can during this difficult time. That’s why we’re proposing these initial actions today, and look forward to working with local partners on other ideas and strategies going forward.”

Before they hit the streets, dozens of women went before Cuyahoga County council to fight for their reproductive rights including this Cleveland nurse.

“It’s just scary,” Daniele, a nurse in Cleveland said. “It’s scary the control that’s happening. I’m scared for myself and for fellow women.”

Under Ohio law abortions are illegal after six weeks.

The only exception is if the mother’s health is at risk, but Daniele says the law complicates things, and can put the mother’s life at risk.

She said during that time frame women could potentially die.

Budish said he plans on bringing the proposal before council in the next week or two.