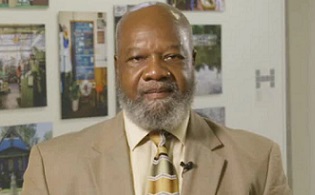 19 News senior reporter and host Harry Boomer will be inducted into the National Association of Black Journalists Hall of Fame.

All awards, including the Hall of Fame induction ceremony, will happen in Las Vegas from Aug. 3 to Aug. 7 during the 2022 NABJ-NAHJ Convention and Career Fair.

Tickets for the event are available on their website.

“My heartfelt appreciation to all of you for allowing me to come into your lives,” Boomer said after his induction was announced. “I could not have achieved this wonderful honor without each of you, whom I view as family. God is good!”

Boomer started his career in broadcasting Dec. 27, 1971 and has earned several awards since then, including an induction into the Broadcasters Hall of Fame.

Boomer will also be inducted into the Central Great Lakes NATAS Gold Circle next week, commemorating his 50 years in the field.

We would like to congratulate Harry Boomer on his induction into the National Association of Black Journalists Hall of Fame. Harry has dedicated his life to telling the stories that make a difference within our community. He is an inspiration to many journalists and a consummate professional. Congratulations again on this well-deserved honor.

Harry Boomer’s contributions and commitment to local journalism and racial justice are extensive and impressive. We are grateful for everything he has given to our newsroom and to the Cleveland community. We are better journalists and better people from our conversations with Harry and our collaborations on his stories. It’s wonderful to celebrate Harry along with NABJ and the national journalism industry.