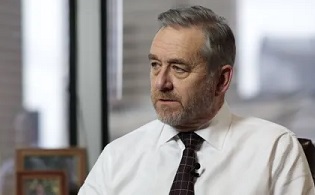 The Ohio Democratic Party is the latest group to lambast Attorney General Dave Yost, a Republican, for the comments he made about a story involving a 10-year-old pregnant Ohio girl who had been raped.

Her story made headline when she went to Indiana to get an abortion in the days after Ohio enacted its new law that bans abortion when cardiac activity can be detected, as early as six weeks into a pregnancy.

In the days before news of an arrest in the case, Yost went on national television to raise questions about the validity of the story. He said if there was such a case, he’d likely know about it. And he said there was no evidence such a case existed.

“We have regular contact with prosecutors and local police and sheriffs, not a whisper anywhere,” Yost said.

But when news came down of an arrest and charges were filed against a 27-year-old, undocumented Columbus man for raping the girl, Yost only praised the police for their efforts but didn’t issue an apology to the girl or her family.

Ohio Democratic Party Chair Liz Walters said Yost should apologize and resign. She noted Yost was the one who went to a federal court immediately after the U.S. Supreme Court overturned Roe v. Wade. The court allowed the state’s six-week ban, which had been put on hold because of Roe, to be implemented immediately. Walters said Yost should apologize to the girl and her family and for making this tragedy even worse with his comments about her story being false.

“Dave Yost is not fit for office. He is only punishing women and trampling on their freedoms and he is directly attacking the victims he is charged with protecting. This is only the latest of a pattern of Dave Yost questioning victims of sexual assault rather than going after the perpetrators,” Walters said.

Walters said Yost has failed to investigate the sexual assault allegations against a witness he used in a court case to prosecute a woman about being raped, a case he ultimately lost in court. And she said Yost is misinforming Ohioans by saying the 10-year-old rape victim likely would have been able to receive an abortion in Ohio but said without more information, he could not be sure.

That last point is up for debate. Yost’s Democratic opponent for attorney general this fall, State Rep. Jeff Crossman (D-Parma) asked the Ohio Legislative Service Commission, the non-partisan state agency that writes laws for lawmakers, whether minor victims of sexual assault were able to receive abortions within Ohio after six weeks gestation. In its written response, LSC said the answer was, “No, Ohio’s abortion prohibition applies regardless of the circumstances of conception or the age of the mother.”

Yost said he has no reason to apologize to the girl or her family because his comments were not directed at them. He said all of his negative comments were about the reporter and Indianapolis Star newspaper running a story based on an account from a single source, a doctor who performed the abortion and is a supporter of abortion rights. He has not publicly apologized to any of those parties either for raising doubts about their credibility.

“It’s disgraceful that the ODP and Representative Crossman are literally profiting off a horrific crime against a child through fundraising emails and press conferences,” Paduchik said.