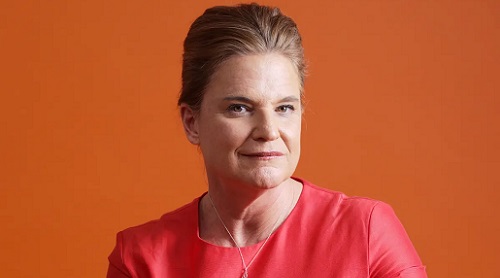 A former Hillary Clinton aide heavily implied that former President Donald Trump had dirt on the French president and that it could be useful to Russian President Vladimir Putin, Fox News reported.

Jennifer Palmieri, who was the director of communications for Clinton’s 2016 presidential campaign, did not mention Trump or Putin by name.

But a tweet, shared on Friday night, suggested that information on French President Emmanuel Macron, which was found during the FBI raid of Mar-a-Lago, could be maliciously used by a world leader.

The hypothetical question appears to be referring to Putin. Palmieri did not immediately respond to Insider’s request for clarification.

During the raid on Mar-a-Lago, Trump’s Florida home, the FBI found four sets of top-secret documents and seven sets of classified information, per a list of items seized and unsealed by a federal magistrate on Friday.

Among the items seized was “info re: President of France.” It is not immediately clear why Trump had this file at Mar-a-Lago or what was included in the file.

Palmieri, in her tweet, appears to suggest that the information is “kompromat” —embarrassing or damaging information that can be used to blackmail or discredit public figures. There is not currently enough information on the seized file to prove or disprove this.

ABC News has noted, however, that Russia has a long history of employing  “kompromat.”

And Macron, who initially tried to engage in diplomacy with Russia amid the invasion of Ukraine, is reportedly now in Putin’s bad books, per RFI. A Kremlin spokesperson told the news agency that France is now considered an “unfriendly” country and Macron and Putin have not spoken via telephone for two months.

Palmieri, in 2017, has previously accused Trump allies of “collusion” with Russia and described the former president as having a “pro-Putin bent.”

Special counsel Robert Mueller’s 2019 Russia probe report, submitted after Palmieri’s claims, did not find sufficient evidence to charge anyone from the Trump campaign with illegally conspiring or coordinating with the Russian government.

Palmieri served as White House Director of Communications from 2013 to 2015.