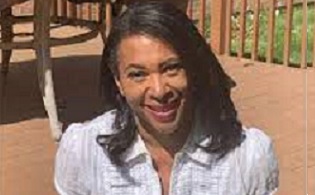 Euclid City Council has appointed Wallace Tanner to fill the Ward 1 vacancy created by the death of Councilwoman Stephana Caviness.

Caviness died on July 7 after a long battle with cancer. She had served as the Ward 1 council member since 2012.

Mayor Kirsten Holzheimer Gail expressed her sadness at the loss of her colleague and friend, saying that she was a dedicated servant to her ward and the community.

“Caviness was a true public servant who worked tremendously hard to represent her residents and to improve not only Ward 1 but also the city of Euclid. She will be missed in so many ways.” Holzheimer Gail said. “She gave everything to her residents; it wasn’t abnormal to receive an email from her in the middle of the night about something a resident brought to her attention or a call early morning to address and correct a new issue. She really was hands on there for her residents.”

Holzheimer Gail said that Caviness hosted regular meetings with the residents within her care whether it be through neighborhood associations or board meetings. She said that Caviness was constantly interacting with her residents directly, often making house calls and accounting for the variety of concerns that were brought to her attention.

“She approached everything with kindness and the interest in helping people,” the mayor said. “She gave everything to help our community even while she was battling cancer she didn’t give up to the end.”

Caviness often advocated for investments along Euclid Avenue, and her work was instrumental in the replacement of the Grand Boulevard wall.

Tanner was selected from more than five candidates from Ward 1 who expressed interest in the role. He is a retiree who worked alongside Caviness through the Neighborhood Association for over 10 years.

“Caviness was one of the best councilwomen to work for because she cared about her residents, and went above and beyond for them,” Tanner said. “I stepped up because I want to continue the efforts that she put forth.”

Tanner said that he wants to do everything in his ability to follow in her footsteps by working side by side with the mayor and the rest of the city council.

“If you plan on getting old then you must have a plan and it must be a good one,” Tanner said. “I’m going to continue her plan for the next generation.”

Tanner will serve as the Ward 1 council member until his term is up on Dec. 31, 2023. He would then have to run for re-election