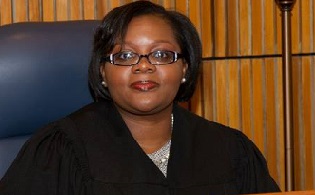 The FBI served officials with the City of South Euclid subpoenas, seeking information related to the South Euclid Municipal Court under former Judge Gayle Williams Byers, who resigned her position on July 31.

Director of Community Services for South Euclid, Keith Ari Benjamin, said in a statement, “South Euclid takes these matters seriously and will cooperate fully with the FBI investigation.”

He also stated no additional information will be available regarding the matter at this time.

The I-Team put in a public record request for the subpoenas given to city officials and the municipal court.

We received copies of the subpoenas handed to city officials but have not yet heard back from municipal court officials.

FBI agents are asking for “any recorded City of South Euclid City Council Meeting” that pertained to the court’s financial status “on or about March and June of 2022.”

Agents are also asking for several documents like the employment file for Gayle Williams Byers, including her gross and net earnings, paid or unpaid periods of employment to include COVID-19 furlough information and all records related to her daily and monthly work schedule.

Back in 2019, the I-Team questioned the judge about her travels with public money.

City records show years of travel all over the U.S., including Hawaii. Plus, trips to Panama and France.

The judge said at the time, “It is not correct that I am using the public’s money to merely go on junkets.”

She argued she goes to conferences to learn and to teach. She said sometimes she gets paid to teach, and an organization covers her expenses.

She also said she often used her own money to cover costs. She acknowledged, though, that money also did come from the court’s special project fund, which is public money.

At the same time, the judge ended up in extended legal battles with the City of South Euclid, even suing for more money in her budget.

The I-Team left a message for Gayle Williams Byers and also an attorney involved in the civil litigation.