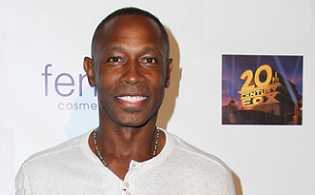 One of Kenny Lofton‘s former employees is now suing the ex-MLB star … alleging the famous baseball player exposed one of his female subordinates to pictures of his penis.

Brandyn Toney — who claims he was hired by an investment firm and NFT marketplace back in 2021 that Lofton founded and co-owned — made the allegations on Monday in a new lawsuit, obtained by TMZ Sports.

In the documents, Toney says he began working for Lofton’s companies, Centerblock Asset Management LLC and Proxime Corporation, in December 2021 and was promised a salary of $85,000.

Toney, though, says issues began popping up just a few months after officially signing on.

Toney claims he wasn’t paid a cent for his work — and then on June 8, he said a female employee who was hired to monitor Lofton’s Instagram account told him the ex-Cleveland outfielder had been sending photos of his penis to various women through his direct messages on the app.

Toney says shortly after the conversation, he approached the companies’ in-house attorney to make them aware of Lofton’s sexually inappropriate actions.

But, Toney says he was fired within two hours of making his complaint.

Toney is now suing Lofton, the baseball player’s companies and others in the orgs … claiming he was fired in retaliation for reporting Lofton’s behavior and complaining about wage and hours violations.

He’s asking for damages and more in the suit.

“Lofton and his executive team thought they could fire our client for objecting to obvious sexual misconduct and even thought they could get away with not paying him for his work,” said Toney’s attorney, Ronald L. Zambrano. “That speaks to the arrogance and dysfunction at play every day at Centerblock and Proxime.”

We’ve reached out to Lofton for comment, but so far, no word back yet.