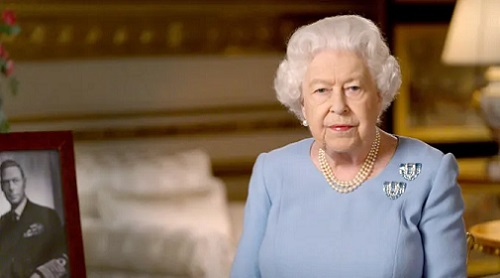 Richard Stengel, the under secretary of state for public diplomacy and public affairs in the Obama administration from 2013 to 2016, in an appearance on MSNBC on Thursday called out US networks over extensive coverage of Queen Elizabeth II’s death.

“I have to say to your earlier question, why why are news American news networks dedicating all of this time to Queen Elizabeth’s funeral? I think it’s a good question,” Stengel said. “There’s a weakness in the American character that still yearns for that era of hereditary privilege, which is the very thing that we escaped from.”

Though the former Obama official said he pays “tribute to Queen Elizabeth for her unrivaled service,” he also critiqued her connection to British colonialism.

Apartheid was an institutionalized system of white supremacy involving racial segregation and discrimination against South Africa’s non-white inhabitants. “Although many of the segregationist policies dated back to the early decades of the twentieth century, it was the election of the Nationalist Party in 1948 that marked the beginning of legalized racism’s harshest features called Apartheid,” per the State Department.

South Africa was colonized by both the Dutch and British, and apartheid was firmly rooted in that history.

Queen Elizabeth was head of state to 32 countries over the course of her 70-year reign, which is intrinsically linked to Britain’s long history of imperialism. Seventeen of those countries — including South Africa in 1961 — ultimately cut ties with the British monarchy during the same period. The most recent country to do so, Barbados, removed Queen Elizabeth as head of state and became a republic in late 2021.

Reactions to Queen Elizabeth’s death in South Africa highlight how the legacy of British colonialism has bred mixed feelings about the British royal family.

“We do not mourn the death of Elizabeth,” South Africa’s Marxist opposition party, the Economic Freedom Fighters, said, per Reuters. “Our interaction with Britain has been one of pain…death and dispossession, and of the dehumanization of the African people.

That said, Queen Elizabeth had an amicable relationship with Nelson Mandela, who was the first Black president of South Africa following the end of apartheid.

“By his own admission, Nelson Mandela was an anglophile, and in the years after his release from prison cultivated a close relationship with the Queen,” the Nelson Mandela Foundation wrote in a statement on Queen Elizabeth’s death, adding, “They also talked on the phone frequently, using their first names with each other as a sign of mutual respect as well as affection.”

“For Madiba it was important that the former colonial power in southern Africa should be drawn into cordial and productive relations with the newly democratic republic of South Africa,” the statement went on to say, employing Mandela’s clan name. “In later life Madiba would often take pleasure in reminding interlocutors from Britain that South Africa had thrown off the colonial yoke.”