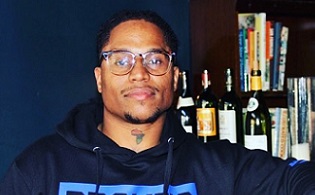 A Cleveland activist, arrested while openly carrying firearms on the city’s East Side, is suing the city and more than a dozen police officers in federal court.

The lawsuit, filed Monday, alleges the city violated Antoine Tolbert’s civil rights when he was arrested and brought to jail overnight on May 23,, 2022.

Tolbert had a shotgun in his hand and a handgun in a holster as he walked down St. Clair Avenue. He’s part of a local activist group called New Era Cleveland that conducts armed security patrols as a way to help prevent gun violence and has spoken to classes of police cadets about policing in Cleveland.

Body camera footage from the incident shows the first officers at the scene allowing him to continue without being arrested, with one describing an arrest as a “lawsuit waiting to happen.” But when a sergeant named Lance Henderson arrives, he makes the decision to arrest Tolbert.

Initial police reports indicate Tolbert was arrested for inducing panic and carrying a concealed weapon but was released without formal charges. On body cam footage, Sgt. Henderson can be heard saying the charges include improperly handling a firearm, which applies to carrying a gun in a motor vehicle.

“Officers cannot merely just decide to arrest somebody, detain somebody and take them down to the county jail just because they don’t like something that they’re doing,” said Tolbert’s attorney, Tiana Bohanon. “He had not been carrying any concealed weapon and he had not been improperly handling a firearm inside any motor vehicle.”

Tolbert is asking for damages from the city of Cleveland and 14 police officers involved in the incident.

In addition to spending the night in jail, Tolbert lost a new job at the community development organization Burten, Bell, Carr. He was also forced to move out of his house temporarily because his wife’s ex-husband was using video of the encounter to seek full custody of their young child.