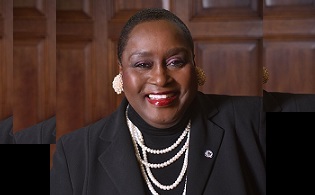 Akron City Council voted in a special meeting this month for a civilian police review board to go before voters in November – but not all council members agree with the plan.

Advocacy groups gathered 3,315 valid signatures from registered Akron voters on a petition for a charter amendment that would create a nine-member board to monitor citizen complaints against police, according to city council clerk Sara Biviano.

“We believe that voters have spoken, and they’re asking for us to pass this ordinance so that this charter amendment can get on the ballot in November,” At-Large Councilwoman Linda Omobien said.

The review board petition received enough valid signatures from Akron residents, so council was required by law to put it on the ballot.

However, the vote was not unanimous.

Ward 2 Councilman Phil Lombardo was the sole “nay” vote. During the meeting, he questioned whether there was enough oversight of police already in place, citing independent internal investigations by the Akron Police Department as well as the Ohio Bureau of Criminal Investigation.

“I guess I’m just trying to wrap my head around – where does it end, or maybe where should we begin,” Lombardo said.

On the other hand, Omobien said she has heard from many citizens that this amendment is overdue.

“Basically, what we have in place is not enough, and we have known it for years, and citizens are asking for us to have an independent oversight review board,” Omobien said.

While Ward 9 Councilman Mike Freeman voted to put the measure on the ballot, he said that does not mean he approves of the amendment.

“I have concerns. The devil’s in the details, but as for today, we’re just following through because there has been a sufficient amount of signatures,” Freeman said.

Council Vice President Jeff Fusco expressed concern with some of the review board’s proposed powers, including the ability to issue subpoenas. It may also conflict with the city’s contract with the police union, Fusco said.

“It would take both sides to reopen that. [I’m] uncertain if [the Fraternal Order of Police] would want to do that and have the desire to reopen a contract based on what an oversight…I don’t know, I can’t answer that,” he said.

Ward 8 Councilman Shammas Malik, who worked on the petition, disagreed.

Now that the amendment is officially going on the November ballot, Fusco encouraged voters to be informed.

“[I’m] asking the voters to please study and get into those details and find out exactly what this is going to be, what it’s asking for and understand that,” Fusco said.

Council will consider an ordinance proposing a similar civilian oversight board from Mayor Dan Horrigan’s office during its regular meeting on Monday. The 11-member board would all be appointed by the mayor.

If that legislation is approved, the review board would not be immediately codified into the city’s charter, and it would have to be changed if the charter amendment is approved by voters in November, Malik added.

“It is not an ideal situation, but if that piece passes, and then voters approve the charter amendment, then there would be another piece passed by council to reconcile the differences between the two,” Malik said. “It’s not ideal … some of this is messy, but I think we can get through it and come to something that everyone can get around, hopefully.”