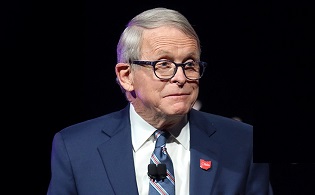 An independent commission in Ohio canceled a pair of debates in the state’s governor’s and U.S. Senate races on last Wednesday because the Republican candidates declined to participate.

The Ohio Debate Commission expressed disappointment that neither GOP Gov. Mike DeWine nor Republican Senate nominee JD Vance accepted their invitations — pending since May — by a 5 p.m. Tuesday deadline.

The group said it would not hold so-called “empty chair” or “empty podium” debates — an option some hosting organizations have turned to in an era of rising skepticism about the political debate tradition.

Dan Moulthrop, president of the commission’s board, said “democracy is paying the price” by the debates being canceled.

Republicans cast the commission as less than even-handed, with the Republican National Committee issuing a statement Tuesday accusing Jill Miller Zimon, its executive director, of “a long history of anti-Republican rhetoric and activism.”

Zimon’s affiliation as a Democrat is not a secret in her home state. A prolific freelance writer and project developer in the Cleveland area, she has run for and served in public office, as well as donating over the years to Democratic candidates — including $250 to Ryan in 2014.

She said Wednesday that she has refrained from partisan activities since joining the nonpartisan commission in the spring of 2018 and defended the organization’s events as professional and impartial.

The panel works in collaboration with a host of civic groups, media organizations and universities across Ohio.

Ryan said in a statement Wednesday that Vance also hasn’t committed to two other proposed debates to be hosted by TV stations in northeastern and southwestern Ohio. The Vance campaign said those two events, and a third that would be held in Cleveland, are still being negotiated.

Whaley cast DeWine as a coward unwilling to defend his record. She, the Ohio Democratic Party and an anti-DeWine PAC have been hammering the governor for weeks for not going head-to-head with Whaley.

DeWine has said Ohioans already know him and his positions well. Besides being one of the state’s most familiar politicians, the 75-year-old governor also spent months at the start of the COVID-19 pandemic appearing in daily statewide broadcasts.