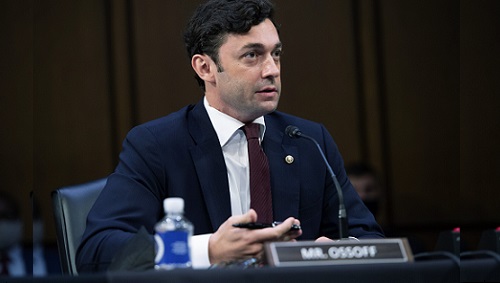 The Justice Department undercounted nearly 1,000 deaths in prisons, jails, or during arrests during the last fiscal year, according to the results of a nearly year-long bipartisan investigation.

The 10-month investigation, outlined in a Sept. 20 report released jointly by the Senate’s Permanent Subcommittee on Investigations and the Government Accountability Office, centered on whether the Justice Department (DOJ) has complied with the Death in Custody Reporting Act (DCRA) of 2013. DCRA requires the department to collect data from states on deaths in jails and prisons and submit to Congress a report that analyzes that data to propose solutions on how to reduce such deaths. The investigation found that DOJ missed the deaths in custody of 990 people in fiscal year 2021, that data-keeping by the DOJ has been disorderly since 2016, and that the report it is required to produce to Congress will not be complete until 2024—eight years past its due date.

Additionally, much of the data DOJ did collect is incomplete, the investigation found. 70% of the data that DOJ does have is missing at least one required set of information—race, ethnicity, age, or gender, for example— and 40% is missing a description of the circumstances of the victim’s death. After a Senate hearing on the matter on Tuesday, subcommittee chair Sen. Jon Ossoff, a Democrat from Georgia, did not say whether DOJ would face consequences for not complying with the law. He told TIME that “step one is pursuit of the facts and of the truth. A hearing like this is part of the process of accountability.”

“We believe that gathering data on deaths in custody is a noble and necessary step towards a transparent and legitimate justice system,” Maureen Henneberg, the DOJ official leading the accounting of deaths in custody, told Senators at the hearing. “As I know this committee appreciates, it is a major undertaking to gather this information from 56 states and territories, who in turn rely on reports from thousands of prisons, local jails, and law enforcement agencies. But we firmly believe that it is well worth the effort.” In 2020, the most recent data available by the DOJ, approximately 1.5 million people were incarcerated in state and local facilities in the U.S.

Family members of two men who died in jails in Louisiana and Georgia also testified. Ossoff played a clip of a phone call between Belinda Maley and her son Matthew Loflin, who died in the Chatham County Detention Center in Georgia in 2014 of heart failure. In the clip, Loflin can be heard telling his mother, “I’ve been coughing up blood and my feet are swollen. It hurts, Mom… I’m gonna die in here.” Maley, a witnesses at the hearing, was visibly shaken through the duration of the clip.

“I lost all my voicemails from him,” Maley said, “so the shock of listening to his voice again, in the worst way possible, is just too much.”

DOJ argues that the gaps occurred because of changes to the reporting process within the past decade. DCRA was first passed in 2000, and was later reauthorized in 2013 with additional provisions. The Bureau of Justice Statistics (BSJ) was previously tasked with compiling this data, and did so successfully in reports that were released to the public. But the newer iteration of DCRA tied certain grant funding for states to their compliance in providing complete data on deaths in custody to the DOJ. At the hearing, Henneberg told the Senators that tying the data collection to the grant funding caused two problems: it disincentivized states to provide complete data so as not to risk losing state funding, and because BJS, a neutral data collecting arm of the DOJ, could not be involved in a program that imposed penalties, DOJ had to switch the data collection to the Bureau of Justice Assistance (BJA) in 2016. That transition from one data collecting agency to another, the investigation found, is where the DOJ lapsed in proper data collection on deaths in custody.

“The current process deserves to be reevaluated,” Henneberg said. “As a federal statistics agency, BJS is prohibited from using its data for any purpose other than statistics or research. Though DCRA of 2013 was well intentioned, it had unintended negative consequences.”

Johnson acknowledged that both Congress and bureaucracy could play a role in creating a flawed data-collecting process, but said those issues could have been settled if the two data-collecting arms had simply coordinated efforts. Ossoff added that there was early evidence that the BJA was not properly collecting its data, but DOJ failed to do anything about it.

“[DOJ is] failing to fulfill their lawful obligation,” Ossoff told reporters after the hearing. “Because we conducted this investigation, because we have been shining a light on this failure… they’re now saying, eight years after that law was enacted, that they cannot successfully implement it.”

Before the hearing ended, Vanessa Fano, whose brother Jonathan Fano died by suicide at the East Baton Rouge Parish Prison in Louisiana in 2017, lamented the trust her family had placed in the system. “Consistently we were told to do things a certain way and that things were going correctly,” Fano said. “Had we been disclosed the information of how horrendous the conditions are in that facility and how few actually receive adequate care, we would have insisted upon a different outcome.”

Andrea Armstrong, a professor of law at Loyola University, who researches and maintains a database of deaths in custody in Louisiana, told Senators that stories like Fano’s and Maley’s are why the federal government needs to have accurate data. “Deaths in custody may signal broader challenges in a facility,” she said. “It is impossible to fix what is invisible.”