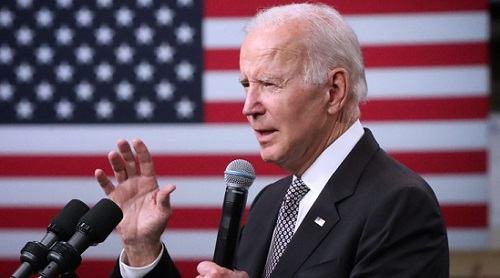 President Joe Biden announced pardons for all federal offenses of simple marijuana possession on Thursday (October 6), a potential first step to the possible decriminalization of marijuana across the country.

Initially, part of a campaign pledge when he first announced his candidacy for the Presidency in 2019, Biden also called for the Justice Department to loosen marijuana laws, citing how it shouldn’t be criminalized the same as heroin and fentanyl.

“Sending people to jail for possessing marijuana has upended too many lives – for conduct that is legal in many states,” he wrote in a series of tweets. “That’s before you address the clear racial disparities around prosecution and conviction. Today, we begin to right these wrongs.”

The announcement comes a month before the November midterms, a critical juncture for Democrats and Republicans regarding control of the United States Senate and several gubernatorial races.

According to a senior administration official, the pardons will be issued through an administration process overseen by the Justice Department. Individuals eligible for the pardons would receive a certificate showing they’ve officially been forgiven for the crime. Although the number of individuals serving prison time for federal simple marijuana possession charges is none, according to officials, the number of people charged with the crime was about 6,500.