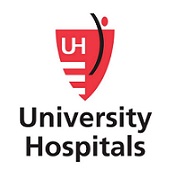 University Hospitals on Wednesday announced the layoff of 117 administrative employees, citing an economic downturn sparked by the COVID-19 pandemic. The system has also eliminated 326 unfilled administrative positions, according to a hospital media release.

The layoffs come after UH lost $184.6 million in the first eight months of 2022, according to a media release. This year has been “one of the most financially difficult years for health systems in the U.S.” officials said in the release.

The hospital system is “by many measures” financially strong, but the layoffs and cuts were imperative to “reverse this downward trend and preserve our ability to make future investments in our mission.”

The economic difficulties have been exacerbated by supply chain issues, inflation, a labor shortage and demographic changes in Northeast Ohio that have resulted in a higher share of patients on federal insurance programs like Medicaid and Medicare, officials said in the statement. Those federal programs do not reimburse health systems for procedures at a level that has kept pace with the rising costs of care.

The hospital system will also undertake other non-labor expense reductions, when combined with the layoffs, will result in a $100 million drop in expenses, the release said.

The employees who were laid off did not provide direct patient care and will receive a severance package, according to the hospital.

UH continues to hire caregivers and has openings in clinical areas, the release said.