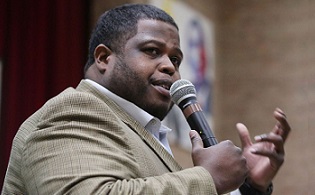 The Department of Public Safety will expand the use of Shotspotter from a 3-square-mile pilot section in the 4th Police District to 13-square-miles spread across the city.

The city will spend close to $2.8 million of coronavirus relief funding under the American Rescue Plan Act for the expansion. The new contract expires in 2024.

“If there is a tool we can add, if there is something else that we can do in addition to hoping that we get all of these police officers, have this influx in officers to patrol our streets, to sit on every corner, which we know is not the case, then I’m all for it,” said Ward 10 Councilman Anthony Hairston during a Finance Committee meeting Monday.

Council held three hearings on Shotspotter in the past three weeks, including two in the Safety Committee, where police officials presented results from Shotspotter over the past two years.

According to police numbers, nine lives have been saved following a Shotspotter alert, along with 44 arrests and 52 guns seized, directly tied to use of the technology.

Average police response time in the area with the technology is more than two minutes shorter than in the rest of the 4th District. But it’s still above eight minutes on average.

The police found that so far this year, only 9% of shootings in the city have produced a call to 911.

The technology has come under increased scrutiny recently, particularly in Chicago, following the police shooting of 13-year-old Adam Toledo, who was chased by police following a Shotspotter alert.

Ideastream Public Media recently reported that records provided by Cleveland Police, in response to a public records request for all arrests linked to Shotspotter alerts in 2020 and 2021, showed at least two of the nine arrests were potentially unconstitutional.

Public Safety Director Karrie Howard defended Shotspotter at council, but did not dispute that it may have been used to conduct unlawful searches.

Police officials told council they would review the arrests featured in Ideastream Public Media’s reporting to determine whether the department’s policies were violated.

According to the department, there’s only been one use-of-force incident connected to a Shotspotter alert – an officer pointed a firearm at someone. In the nine videos reviewed by Ideastream, there was one instance where an officer clearly pointed her firearm at a fleeing suspect. That person turned out to be unarmed.

There has only been one policy violation, according to police. That was related to the mishandling of evidence.

The councilmembers who supported the expansion said the need to combat gun violence in their neighborhoods outweighed the other concerns about the technology.

In a rare move, Council President Blaine Griffin asked for a roll call before moving the ordinance out of the Finance Committee to a vote by the full council. Committee chairs typically only ask for any objections before moving ordinances out of committee.

The sole “no” vote was from Ward 15 Councilperson Jenny Spencer, who said she was voting against it because of the cost, because she does not agree with using one-time coronavirus relief funds for an ongoing program like Shotspotter and because of concerns about privacy and policing practices the technology raises.

“I think there are times when council does not need to vote unanimously and that a diverse set of viewpoints can advance important conversations,” Spencer said. “I hope my ‘no’ vote will contribute to advancing those conversations.”