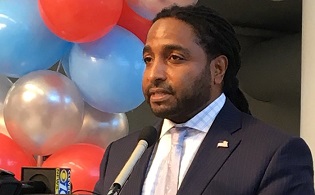 The city of Canton and the embattled city of East Cleveland are among the Northeast Ohio communities who have received money from the Justice Department to hire more law enforcement officers.

The following departments in Northeast Ohio have received awards:

“As law enforcement agencies across the nation continue to experience recruitment and retention challenges, we are proud to provide these resources to help alleviate those challenges confronting the profession,” said Acting Director Robert Chapman of the COPS Office.

For the city of East Cleveland, the grant money comes during a time of controversy involving its police department. In August, Chief Scott Gardner was placed on administrative leave following his indictment on multiple charges related to theft and fraud. Mayor Brandon King swore in Brian Gerhard as the city’s new police chief last week.

Besides Gardner, eight current or former officers are facing legal troubles of their own. Last week, two more officers and two officers that had already faced indictment were charged, accused of ramming into cars during pursuits and then assaulting the people inside.