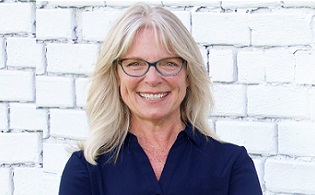 The Ohio Supreme Court on Tuesday ordered a Democratic state legislative candidate to be listed on November ballots, after a tie had been broken against her by the state’s Republican elections chief.

In its 4-3 ruling, the high court found Republican Secretary Frank LaRose and the two GOP members of the Athens County Board of Elections who voted against placing Tanya Conrath on the Nov. 8 ballot “acted in clear disregard of applicable law.”

Her case hinged on a snag caused by the state’s protracted political map-making flap, in which LaRose, as a member of the Ohio Redistricting Commission, was a key player.

Athens County Democrats selected Conrath as a replacement candidate after the party’s first candidate, Rhyan Goodman, ran unopposed in the primary and then requested to be removed from the fall ballot. His request came eight days after the Aug. 1 election, before results had been certified.

The glitch was that election boards had until Aug. 23 to certify primary results, but Aug. 15 was the last day the party could legally select its replacement nominee for the fall. The Athens County Democratic Party met that deadline, which wound up falling four days before Goodman’s win was certified.

The county’s election board — two Democrats and two Republicans — tied on whether Conrath’s name could appear on the ballot, which punted the decision to LaRose. He ruled against Conrath, on grounds Goodman wasn’t yet a “party candidate” under law when the party picked his replacement.

The court said LaRose’s decision “created an impermissible legal absurdity” — a sort of Catch-22 — for Conrath and the Democrats. Justices blamed the date overlap on the “unprecedented actions of the federal court ” that ordered Ohio’s legislative primaries to take place on a delay and under new Statehouse maps that had been ruled unconstitutional.

In a dissent joined by Justices Pat DeWine and Pat Fischer, Justice Sharon Kennedy accused the majority of judicial activism, saying they ignored the “plain, unambiguous language” of the law.

She said Chief Justice Maureen O’Connor, a Republican, and the court’s three Democrats engaged in “a now all-too-familiar pattern of replacing what the law actually says with what the majority needs it to say to achieve the outcome it desires.”

The majority called that statement ironic.

Athens, home to Ohio University, is one of the state’s most reliably Democratic counties. As a whole, the newly drawn 94th House District leans about 54% Republican.