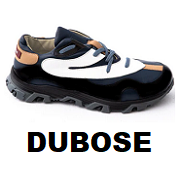 As with anything that Kanye West does, his public feud with adidas has become a topic of viral discussion over the past few days.

The partnership that gave birth to an extremely lucrative YEEZY footwear line has began to turn sour after Ye accused executives at The Three Stripes of using designs exclusive to their collaboration on footwear in the adidas general line.

His social media war with adidas has even gained support by the likes of fellow hip-hop moguls like Swizz Beatz and Diddy.

Although the situation is still developing, one option that seems to be quite viable is Kanye taking the YEEZY imprint and going solo in his future footwear efforts. Getting proper backing by a sportswear giant like adidas surely makes the production process easier, but it also comes with playing by their rules — we all know Kanye is the last person to be a corporate puppet. With that said, there’s a bountiful of Black-owned footwear brands currently flourishing and introducing more than a handful of amazing sneaker colorways, intricate detailing and new silhouettes entirely.

We’re sure Mr. West will find his way, and might even reconcile with adidas in the process. If not, we’ve gathered a few examples of sneaker lines made by us and with our culture in mind that he can get some tips from. If nothing else, at least you’ve got some great kicks to cop as we make our way into fall!

A leader in the footwear lane for a minute now, Kerby is doing his thing over at Pyer Moss. “The Sculpt” silhouette is sure to be a future classic.

With a star-studded fan base and clean aesthetic, everything LØCI is doing right now is setting up the brand to win on all levels. Oh yeah, and they’re made with vegan materials!

Black-owned and created by a woman, DeBosé is showing that ladies can be fly sneakerheads too. Just ask H.E.R.

The green, yellow and red tab included on all footwear as a signal to the brand’s Ethiopian roots is the prime selling for point for us. Perfect detailing!

5. Fear Of God by Jerry Lorenzo

As an extension of Kanye’s inner circle, Jerry Lorenzo may be the best person for Ye to look towards for advice on going solo with YEEZY. Based on the looks of it, Fear Of God is doing it big on a collaborative front and on their own terms.