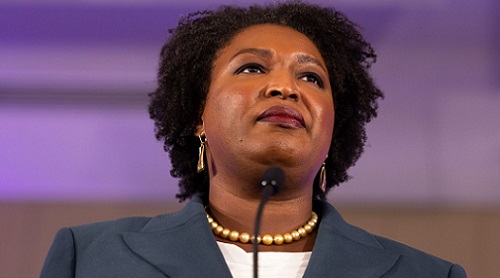 As the sun began to set on election night, with races slowly unfolding across the country, it became increasingly clear that U.S. Sen. Raphael Warnock (D-GA) would be pulled into a runoff. The outcome had as much to do with who he was running against—former star running back Herschel Walker—as who he was running with. Even though Walker had enough baggage to fill a Delta carousel, his support among evangelicals never wavered. He might have won it outright if Warnock hadn’t peeled off swing voters. In fact, the pastor won every precinct in DeKalb County, the first time for any candidate in recent memory, including its northerly GOP enclaves.

But, split ticket voting cut both ways. And, unfortunately for the rest of the Democrats on the ballot, Warnock had no coattails.

It is telling that Warnock outpolled Stacey Abrams, a former state house minority leader, by about 3 percentage points. On the issues, there is no daylight between them. As legislators, and even as die-hard progressives, they both have a track record at working hard to reach across the aisle. They share a force of character, unwavering moral compass, intellectual depth and dexterity, and an abiding devotion to righting wrongs wherever they find them.

But some of the same swing voters who tapped the touch screen for Warnock also voted for Gov. Brian Kemp over Abrams. How could that be when one is pro-choice and the other pro-life? The answer—at least for Georgians—is that for all of the foot stomping, abortion wasn’t really the question. If it was, then Walker, who reportedly paid for two abortiions for ex-girlfriends, would be back home in Texas by now.

The anticipated splits were an unspoken expectation in political circles and there were early signs that Abrams was in trouble. She and her long-time friend and partner in justice were rarely seen on the campaign trail together. For the Warnock camp, the political calculus was clear: Run your own race.

There would be no coordinated campaign.

Warnock has spent years burnishing his reputation as a slow-tempered, genial leader who eschews negative campaigning. Abrams, on the other hand, has never been afraid to roll-up her sleeves for a round of intellectual fisticuffs. Her tell-it-like-it-is style was constantly on display.

In the end, few people—save for those who don’t actually live in Georgia—expected the race for governor to be tight. She’d surely lose this again. But, almost no one predicted a blow-out. Abrams, true to form, ran hard every day until the clock ran out.

Although we both appeared with great frequency on MSNBC and even marched on the Georgia Capitol almost three decades ago, I never had the privilege of getting to know her. By the time she came on the scene as an organizer, my best days as a campaign strategist were long behind me.

I first met Abrams nearly 30 years ago, when she was a student at Spelman College and one of the leaders of Students for African American Empowerment (SAAE, pronounced “Say”). A young single mother and a few years older, I was in school too—up the highway at Southern Polytechnic (now a part of Kennesaw State University) and later Emory. We were brought together in the days after someone spray painted a Confederate flag on the large boulder at the front edge of the Southern Tech campus. A student-run movement, composed of undergrads from across metro Atlanta, came together in protest.

We met with civil rights leaders and Black state legislators in a conference room at the King Center, before marching to the Georgia capitol twice to demand the removal of the state flag. The day of the first march, there were death threats and counter demonstrations. Georgia State police snipers, ordered by then-Gov. Zell Miller, lined the roofs of nearby buildings.

I remember shaking as we gathered atop the granite steps. If Abrams was afraid that day, it never showed. That she was the Democratic nominee, as Miller had been, and came within a few thousand votes of winning just four years ago, isn’t lost on me. She was making history even then. Ultimately, because of our work, that flag would one day come down.

So then, it didn’t surprise me to see her organizing the entire state to, as she said, “change the math.” Abrams was more than a candidate. She was a symbol, the living embodiment of what many believed Georgia could and should be. Still, for others, the unapologetically Black progressive was a caricature of everything they feared most—a proverbial boogeyman, too soft on crime, too ready to raise their taxes, snatch their guns, and destroy their way of life. For the record, Abrams is none of those.

Something even more pernicious was how the political waters were poisoned. Something that, until now, few have spoken aloud.

Let’s be clear: Black men were not responsible for her defeat. However, celebrities like the rapper Killer Mike gave others—including white suburban women—the excuse they needed. Despite the Supreme Court decision that scuttled Roe v. Wade, she attracted even fewer white women this time than in 2018. Even before Alito’s draft hit the street, though, there were whispers—orchestrated and organic—that Abrams quietly endured. The back-fence talk said the former Georgia House Minority Leader didn’t “look like a governor.” They took issue with the package—an unapologetically Black woman with short natural hairstyle, gapped teeth, and pudgy frame—but not the substance.

The source was especially disheartening: other Black people. “Couldn’t she have lost some weight in the last four years?” one deep South state legislator asked over dinner. “And where is her husband?” The ugly underlying questions and insinuations about her sexuality were stunning and maddening, and often came with a side of sugar from some of the people who purported to support her—other Democrats.

Those things had been said before. But this time, four years after she first tossed her hat in the ring and with millions more in her war-chest, the voices grew louder. There was a new line of attack. This time they say she was just too famous.

While it’s true that Georgians tend to like their governors homegrown and home fed. Some—Black and white alike—complained that she spent too much time crisscrossing the country, dining with Hollywood elites, hobnobbing with superstars, and appearing on national talk shows and at concerts where the applause was deafening. That she was too busy being famous, too busy leading on national issues, struck me as an indictment on what they believe drives Abrams.

The truth is, she isn’t afraid of Klieg-lights, but she uses them to shine a spotlight on the issues that matter most like voter suppression and criminal justice reform. The fact that she wasn’t “anointed” by the Atlanta political class still rubs some the wrong way, as if she needed a permission slip to leave the state or run for higher office. Righteously indignant and always on message, Abrams built her coalition the hard way—house-by-house and vote-by-vote—but the political jealousies made their rounds in both conservative and liberal circles.The stench of envy welled up among even people who should have been proud of her ascent.

So, when her opponent openly groused about her perceived lobbying to be Joe Biden’s 2020 running mate, he was hitting an open wound. He wanted everyone to know that she was getting, as my grandmother would say, “too big for her britches.”

In reality, Abrams has transformed Georgia politics. She is the quintessential turn-out boss. Her work dug the foundation and built out the infrastructure that landed two Democrats in the state’s U.S. Senate seats, and she paved the way for Warnock and fellow Georgia Sen. Jon Ossoff as well as a pipeline of statewide candidates. Biden, who won Georgia narrowly in 2020, has Abrams to thank for organizing and registering millions of voters over the last decade. Georgia is now in play because of Abrams.

Ironically, that work did not take her to the Governor’s Mansion. There are myriad reasons for that, but I just thought we ought to speak plainly about it. Abrams doesn’t need to change. We do.