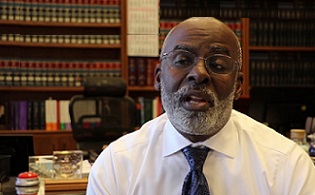 All of the community members who served on the Cuyahoga County Prosecutor’s Conviction Integrity Unit have quit, saying the effort is nothing more than “window dressing.

They said in a resignation letter to Prosecutor Michael O’Malley that the Conviction Integrity Unit is not doing the work it was created to accomplish.

“We feel strongly that our participation in a process that exists in name only, serves as mere window dressing, with no real substantive impact is not useful,” they wrote. “In fact, we believe that under the current circumstances, our participation may be counterproductive to the ends we desire to be served.”

The CIU was created by former Prosecutor Tim McGinty and expanded under O’Malley, who added the outside panel and put a community member on the internal board.

Applicants can ask the CIU, through a publicly available application, to have their convictions vacated if they agree not to start separate court proceedings at the same time.

“Since 2018, the total number of petitions presented to CIB for its review for relief amounted to fewer than 10,” the former members wrote. “The IRP’s experience is even more scant. It has not been convened since the beginning of the pandemic in 2020, reviewed significantly fewer than 10 petitions since 2018, and also was not afforded the opportunity to review any petitions since the beginning of the pandemic.”

The members met several times with O’Malley to discuss their concerns. They asked for more transparency from the prosecutor’s office and to get the word out to defense attorneys and people convicted of crimes so they know they can ask for a review. They also wanted a stronger role in the initial discussions by the prosecutor’s office about which cases get reviewed.

According to Giering, 4.7% of applicants between 2017 and 2021 had received postconviction relief from the unit. In 2021, 14.2% of applicants were exonerated, though the office did not release how many applications were received since 2017.

According to the resignation letter, O’Malley proposed soliciting input from the members of the IRP after he had already decided on the merits of an application. He also did not commit to continuing to have an external member of the CIB.

According to the statement from O’Malley’s office, the office changed its policy in 2020 and members of the IRP were told they could either continue under the new rules or the panel would be disbanded.

“Regretfully, for the great work of the CIU to continue, it became apparent the program would need to change,” said O’Malley’s spokesperson. “While our office believes and will continue to believe in the mission of the Conviction Integrity Unit and the good work that it does, we look forward to continuing that work in a way where it will not be abused to the detriment of the victims of crime.”