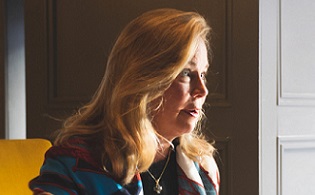 Patients’ rights advocate Cynthia Fisher said she smells a cash grab in the Cleveland Clinic’s decision to begin charging for some digital communications with their doctors. But some industry experts say hospitals are looking for ways to replace revenue lost during the pandemic.

Patients could be charged as much as $50 for getting help from a doctor through MyChart messages.

The Clinic will not charge for all messages, “just those messages that require a provider to make a clinical assessment or medical decision, order a test or medication, or review medical history in order to respond to the patient,” a hospital spokesperson wrote in an email.

Messages to schedule an appointment or request a prescription refill will remain free, the hospital said.

“This is greed run amok to charge patients for an electronic message. Greed has run amok,” said Fisher who founded Patient Rights Advocate, a group that advocates for price transparency.

Fisher said she understands that doctors’ time is valuable but worries that the possibility of a fee will stop patients from reaching out to their doctors.

Use of MyChart has doubled since 2019, according
to the Clinic, which said providers are spending a significant amount of time answering hundreds of messages a week.

Cleveland Clinic patient Kya Perry said she understands that doctors may be being asked to spend more time responding to messages, but a charge for a message doesn’t sit well with her.

“I don’t think that it’s fair to be charged just for communication, especially like with all the other things that we already have to pay for,” she said. “It sounds silly to me that you would have to be charged to use an app.”

How much you’ll pay for a MyChart message depends on your insurance.

Someone with Medicare would probably pay between $3 and $8 for a message, said a clinic spokesperson. If someone has Medicare but also carries secondary insurance would likely pay nothing. Most private insurances cover these messages, but if a patient has a deductible or if these messages aren’t covered by their plan they could owe between $33 and $50.

Medicaid patients would not pay anything, according to the hospital, because MyChart messages are fully covered.

In part, this change reflects the changes in the industry accelerated by the pandemic, experts said. Virtual visits were already on the rise when COVID-19 hit, said Tom Campanella, the healthcare executive-in-residence at Baldwin Wallace College. Payers — insurance companies and the government — had realized that outpatient and care from in-home settings were less expensive. But hospitals want to stay profitable.

“Hospitals are sort of in the center of the storm as it relates to the pressure of escalating health care costs,” Campanella said.

The pandemic has been brutal on hospital balance sheets, said Loren Anthes, who studies the business of health care for the Cleveland-based think tank Center for Community Solutions.

“The pandemic definitely changed the way that hospitals and hospital financing worked,” he said. “They were negatively impacted because of those aspects of the pandemic which affected their revenue, affected their staffing, affected supply chain.”

That they would try to charge for some of these messages is logical, he said. Whether the charges are a good idea depends on how they affect outcomes — if patients do not reach out to their doctors and get sicker as a result of the possible charges, then they may be more expensive in the long run, he explained.

Other hospitals in the country have tried this, experts said. But the Clinic is the first in Northeast Ohio.

University Hospitals said it’s considering similar changes, officials said. MetroHealth has no plans to do so at the moment but will “continue to evaluate,” according to hospital officials.