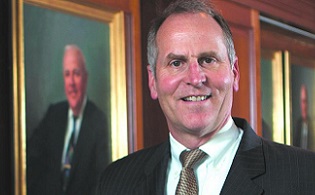 A commercial insurance policy doesn’t cover the income a business lost when the governor ordered a shutdown early in the COVID-19 pandemic, the Ohio Supreme Court said Monday in a decision consistent with multiple court rulings nationally weighing similar questions.

“Many other state and federal courts considering insurance claims for business losses due to COVID and related shutdown orders have concluded that the mere loss of use of a premises does not constitute a direct physical loss,” the Ohio court said.

A northeastern Ohio audiology company, Neuro-Communication Services Inc., had argued that its “all-risk” policy should cover financial losses from the shutdown. It was closed for several weeks in the spring of 2020 and said it suffered “significant income losses,” according to a court filing that didn’t specify the amount.

“Absent a virus exclusion, our clients understood they would be covered,” Neuro’s attorney, Nick DiCello, said by email Monday. He said they’re disappointed but respect the ruling.

In oral arguments earlier this year, DiCello had likened the virus to a dangerous element such as mold infiltrating a business.

But lawyers for Cincinnati Insurance Co. said the policy covers only accidental physical loss to Neuro-Communication’s property, not financial setbacks caused by closing because of the coronavirus.

One of its attorneys argued that the flu, though less serious, arrives every year but property isn’t replaced or repaired in reaction, and that the coronavirus similarly hurts people but doesn’t alter buildings.

In an emailed statement Monday, Cincinnati Insurance said it’s pleased the Ohio court joined others that have made similar decisions.

More than 250 courts nationally have considered and rejected similar insurance claims for COVID-19 damages, according to the American Property Casualty Insurance Association, which says allowing coronavirus claims could be ruinous to the insurance industry.

But the Restaurant Law Center, which urged the court to side with Neuro-Communication Services, contends that focusing on physical damage ignores “unprecedented losses” that go beyond physical damage.