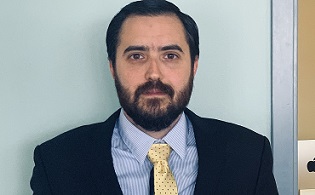 Largest raise for low-wage workers in 15-plus years!

Ohio’s minimum wage went to $10.10 an hour Jan. 1, an 80 cents-per-hour increase, which is the largest raise for low-wage workers in more than 15 years.

The tipped minimum wage, paid to workers such as restaurant servers, will increase to $5.05 per hour, from the current $4.65. Employers are required to make up the difference if workers’ wages and tips don’t equal an hourly rate of $10.10.

This is the largest CPI-adjusted increase of [the] minimum wage since the process was defined by the constitutional amendment passed in 2006.

Low-wage workers are getting a raise because voters approved a state constitutional amendment in 2006 that ties minimum-wage increases to inflation. The state uses the Consumer Price Index for urban wage earners and clerical workers. It is based on what consumers pay for a selection of goods and services, including food and gas. The 80-cent increase reflects how this CPI increased by 8.7 percent between Sept. 1, 2021, and Aug. 31, 2022, according to the Ohio Department of Commerce.

“This is the largest CPI-adjusted increase of [the] minimum wage since the process was defined by the constitutional amendment passed in 2006,” wrote Mikaela Hunt, chief communications officer for the commerce department.

Michael Shields, a researcher at Policy Matters Ohio, a Cleveland-based think tank that studies the minimum wage, said that indexing increases to inflation “was a smart policy that voters passed.”

“I’m always careful to point out that it doesn’t push people’s wages up in terms of their buying power,” he said. “This is more of a safeguard. It’s not what economists would call a real raise above the level of inflation. It’s basically a scaler. It just keeps the lowest-paid Ohioans at the same level as the rising prices.“

The Commerce Department said that some low-wage workers are not eligible for the increase. They include employees at companies with annual gross receipts under $371,000 a year and for 14- and 15-year-olds. The minimum wage for these workers is based on the federal minimum wage, which has been $7.25 since 2009.

Workers whose employers are paying them less than minimum wage can file a minimum-wage complaint with the Commerce Department’s Wage & Hour Division in an effort to recoup their lost wages.

The analysis estimates that: