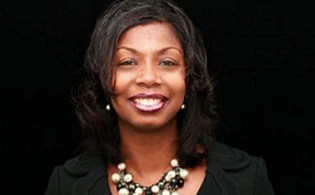 The decision was announced by Ohio’s Supreme Court on Oct. 18.

19 News just obtained an email from the Cleveland Municipal Court sent by Carr stating her resignation on Dec. 9.

“Director of personnel Neida Miller, please accept this email correspondence effective today, December 9, 2022, as my resignation from my position as Judge for Cleveland Municipal Court. Please advise, via telephone [number], if there is any documentation I need to complete for my separation. I have taken the liberty of including Ohio Deferred Compensation as well as the Ohio Supreme Court for the purposes of notification of my resignation. Thank you in advance for your prompt attention.”

Carr is facing serious allegations that started at the beginning of the pandemic.

Some of the accusations she’s facing include holding hearings when the court was closed in March 2020.

For the people who didn’t show up to court, they were issued arrest warrants and bonds ranging from $2,500 to 10,000.

In a courtroom video from March 2020, Carr is heard talking about a news article written about the allegations of her issuing arrest warrants for those who didn’t come to court.

“It’s a miracle people are here. You know what that article will do now that people have known, ‘Oh Judge Carr issued a warrant for your arrest,’” Carr said. “Is that going to make people come down here now? Brilliant.”

Her defense attorney, Nicholas Froning, argued at her disciplinary hearing before Ohio’s Supreme Court that her health issues contributed to her misconduct.

“How did this contribution cause five people to spend 28 days in jail?” Justice Patrick Fischer said.

The fines and court costs were waived for those who were, in her words, “brave enough” to show up despite potential exposure to the virus as the pandemic raged.

The Court said she lied to her presiding judge about issuing arrest warrants to those who didn’t show.

“Don’t worry I’ll waive yours, too,” Carr said in March 2020 courtroom video. “I can’t believe you people are brave enough to come down here. Everybody else was scared. We’re not scared.”

The other allegations of ethics violations include wearing inappropriate clothes. The Court said she would show up to her courtroom in tank tops, t-shirts with images or slogans, spandex shorts, and sneakers.

The Court said her bench was littered with “dolls, cups, novelty items, and junk.”

She was also heard joking about accepting kickbacks in exchange for lenient sentences.

Carr’s reinstatement can happen if a healthcare professional says she can return to practicing law “competently, ethically, and professionally” and her compliance with an agreement with the Ohio Lawyers Assistance Program.

Carr is up for re-election in 2023, but her suspension will bar her from running.